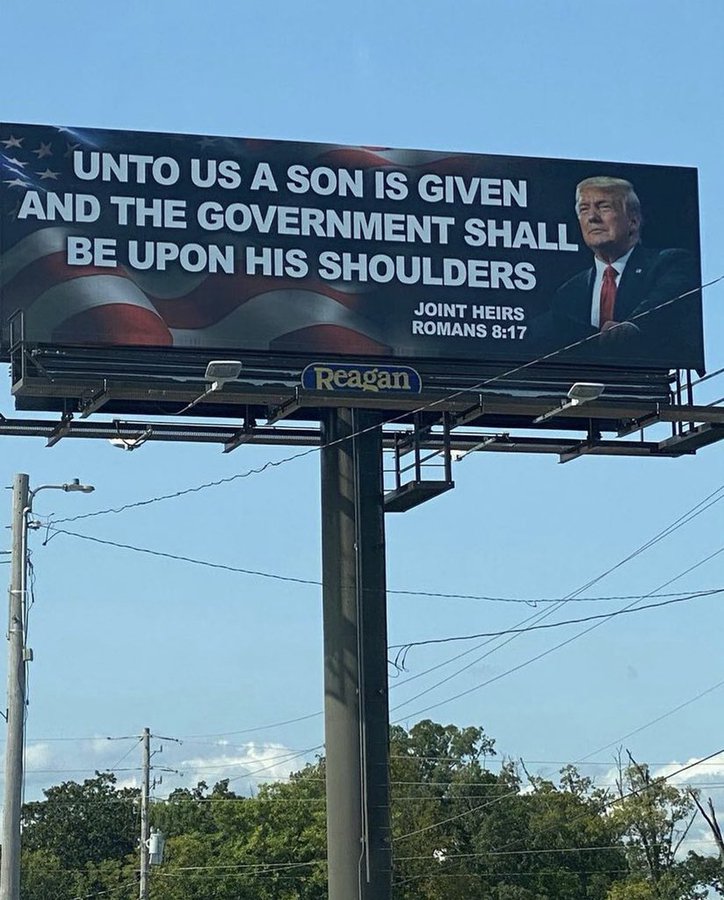 The billboard, which was located in Fort Oglethorpe just outside of Chattanooga, Tenn., included a photograph of Trump on the right portion of the billboard with a Bible verse featured prominently in the middle in all caps: “unto us a Son is given and the government shall be upon his shoulders.” An American flag comprised the background.

The verse, Isaiah 9:6, is viewed by Christians as a prophecy looking forward to the Christ Child. The billboard did not include the first few words of the verse: “unto us a child is born.”