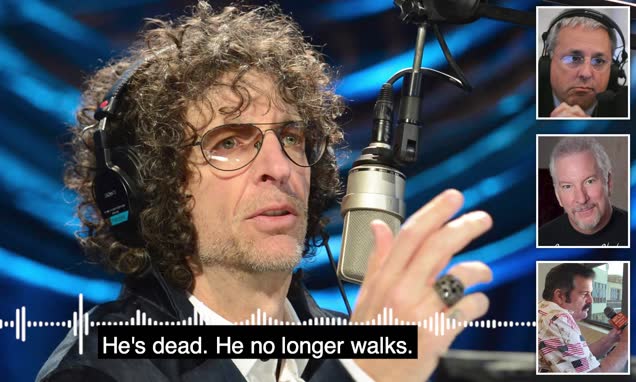 Long-time radio host and media personality Howard Stern laughed as he mocked a string of right-wing radio hosts who died of Covid after publicly stating their opposition to forced vaccine and mask mandates.

On Tuesday’s edition of Sirius XM’s The Howard Stern Show, the host took pleasure in mocking several late radio hosts with whom he disagreed, as he made the case for a mandatory vaccination program.

‘It’s really funny when these radio, the radio guys are the best, they’re like four of them died, four of them were like ranting on the air,’ he cackled.

‘They will not get vaccinated. They were they were on fire, these guys, it was like day after day, they were all dying and then their dying words are ”I wish I had been more into the vaccine. I wish I had taken it.”

Stern went on to deride Marc Bernier, a conservative radio host on Daytona Talk radio, who died on August 29 due to Covid, and played a clip of him saying he did not want to get the vaccine before continuing to disparage other commentators.