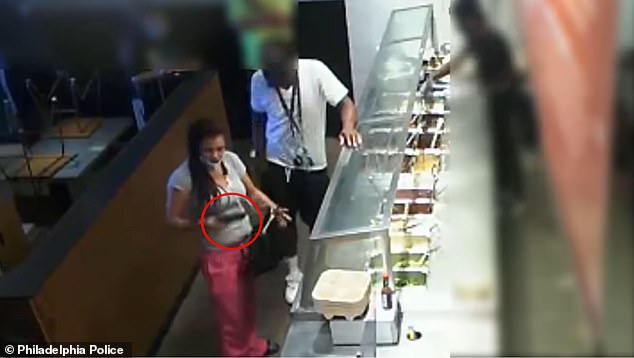 An unidentified woman pulled a gun while waiting on line at a Chipotle in Philadelphia and demanded that employees prepare her food after she was told that the restaurant was closing due to staffing issues.

The incident, which was caught on surveillance footage, took place at the popular Tex-Mex franchise at Roosevelt Mall in the Rhawnhurst section of Philadelphia just before 5pm on Saturday.

Surveillance footage released by the Philadelphia Police Department shows a woman visibly impatient while she waits to order at the cashier. The woman is standing next to a man.

She then places her purse on railing before reaching into it and pulling out a dark-colored handgun.