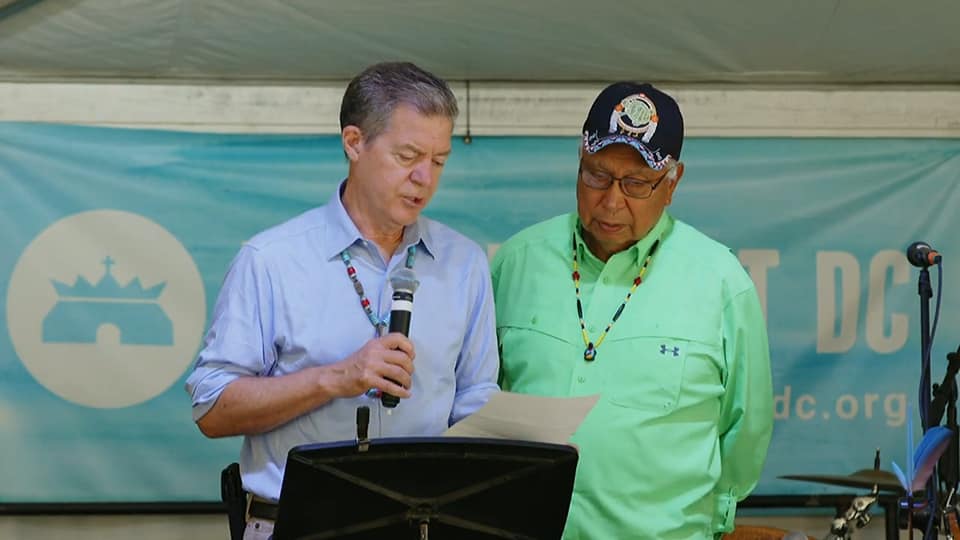 The United States Ambassador-at-Large for International Religious Freedom under President Donald J. Trump told Native Americans in Washington, D.C. for worship and prayer that it is time for the current president to formally apologize to them.

Sam Brownback, a former U.S. Senator from Kansas and the state’s one-time governor, read an apology to Native Americans for the first time in the nation’s capital, inviting fourth-generation pastor and evangelist Dr. Negiel Bigpond to stand beside him.

Bigpond, a full-blood Euchee/Yuchi Native American whose family traveled the Trail of Tears, joined Brownback and other indigenous Christians in writing the apology signed into law in 2012 – but never publicized – by President Barack Obama.

Brownback, speaking on the National Mall at a gathering of All Tribes D.C., said the time is right for a formal apology to Native Americans, and for reconciliation among all people groups.

“I propose Thanksgiving week this year be a week of reconciliation between Native Americans and all other U.S. citizens. Let us reconcile and move forward together as brothers and sisters. Let us heal the land. Let us open a highway of reconciliation that has been overgrown with the brush of neglect,” Brownback said.