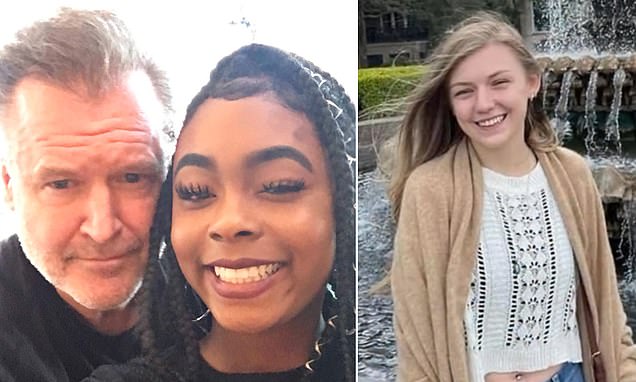 A San Francisco-area news anchor has been ‘suspended indefinitely’ after reportedly arguing with the station’s news director over media coverage of the Gabby Petito case. Three-time Emmy winner Frank Somerville, 63, wanted to add a ‘brief tagline’ at the end of a KTVU report to discuss ‘missing white woman syndrome’. The term, coined by late journalist Gwen Ifill, refers to how missing young, white women are given more media coverage than minority groups and men. Somerville, who is the adoptive father of a black teen daughter, wanted to question the amount of coverage devoted to ‘van life’ woman Petito after the 22-year-old’s body was found in a Wyoming campsite last week, according to the Mercury News. But news director Amber Eikel reportedly told him that his suggested tagline was ‘inappropriate’ – an assertion that sources told the newspaper he pushed back on. There’s no word on how heated the disagreement got, but the anchor was suspended indefinitely the following day, the Mercury News said.

Human remains, backpack and notebook are found in search for Brian Laundrie at 25,000-acre Florida reserve – on day his parents turned up to...