Emma Raducanu has not decided how she wants to spend her £1.8million US Open Championship winnings but said she will leave the financials to her parents while she concentrates on her training.

The teenage tennis sensation revealed she hasn’t yet opened her bank account to see if the money has arrived since her stunning victory in New York on Saturday.

Emma returned to her Kent home yesterday, five days after making sporting history by winning the US Open – the first British woman to win a major title for 44 years since Virginia Wade lifted the Wimbledon trophy in 1977. She is also the first qualifier in history to lift a grand slam.

The 18-year-old has banked a cheque for £1.8million ($2.5million) – over eight times her total previous career earnings – for her record-breaking win on Saturday. Agents have now predicted top brands will be ‘knocking down Emma’s door’ with endorsement offers worth tens of millions of pounds.

She told Good Morning Britain she would leave the financial side of her tennis career to her parents and added: ‘I haven’t bought anything yet. I know tennis is an extremely expensive sport so the money will go towards that. I don’t really think of the money side of it. I know there are lots of taxes and expenses. I haven’t logged onto my bank, I’ve just been at home and in the moment.’

She also revealed she hasn’t been able to book a tennis court because of a surge in interest in the sport since her win. She added: ‘I can’t get a tennis court either. I still can’t get a court. It means a lot that tennis is so popular now.’ Shocked host Kate Garraway added: ‘You can’t even turn up going I’m Emma Raducanu give me the court?’

Emma watched her match with her parents last night and said she found viewing it on the television ‘more stressful’ than actually playing. She added: ‘I got home yesterday and it was really nice to spend time with my family. I watched the match last night on replay and it’s sinking it. It’s more stressful watching. When you’re playing you feel like you have more control. Some of the moments like the end and the time out they were nervous to watch.’

The teenager admitted she thought the slide which caused an open wound in her knee ‘looked cool in slow motion’ though. And on her appearance at the Met Gala she played down her achievements and added: ‘The invite list is a lot more significant than myself. I had an amazing time there.’

Yesterday, Emma was greeted by her proud father five days after her parents missed watching her triumph in person because of Covid travel restrictions. 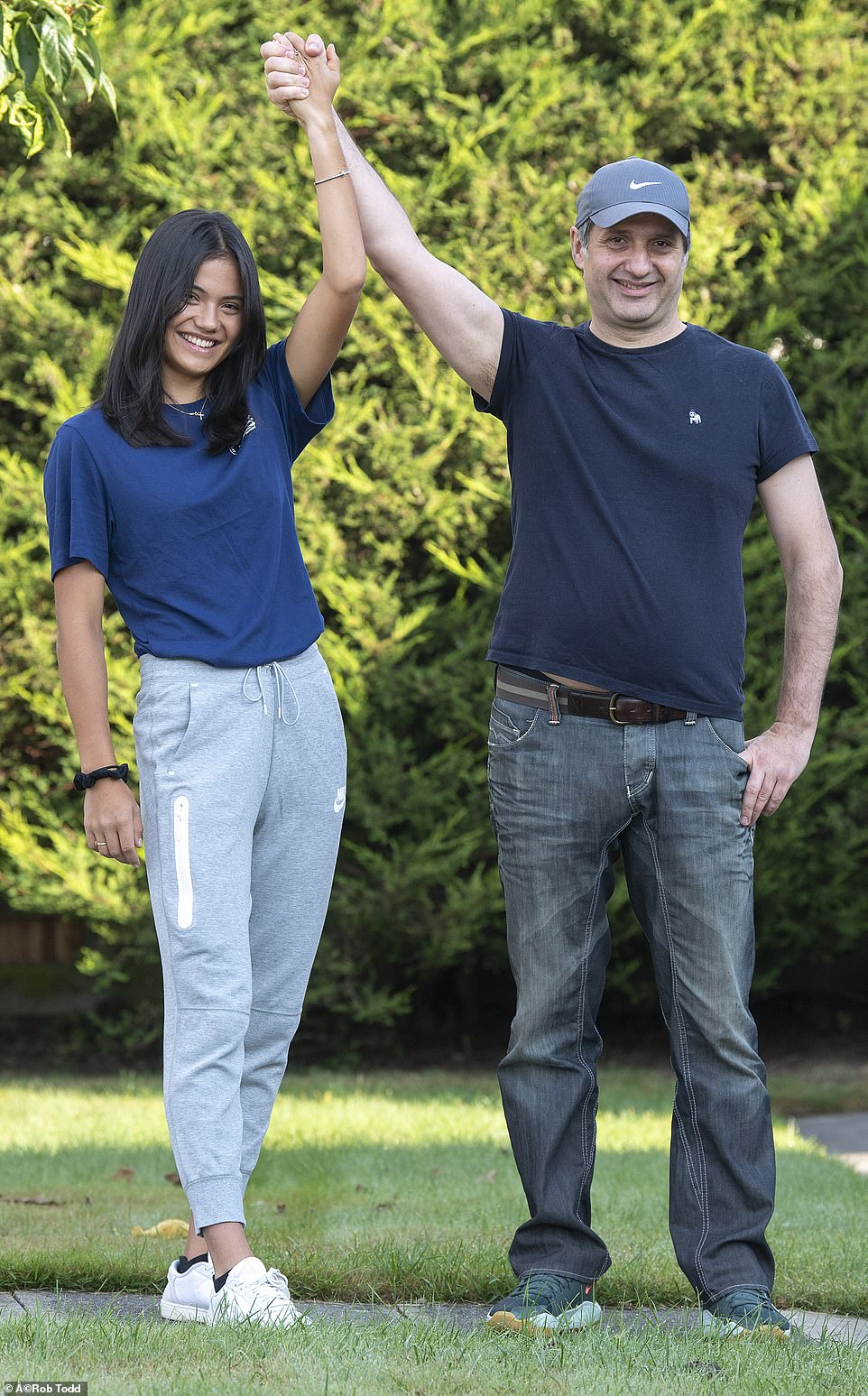 Emma Raducanu–who was Riding High About a Week Or So Ago–Loses to World Number 100 In First Match Since she Won US Open and...