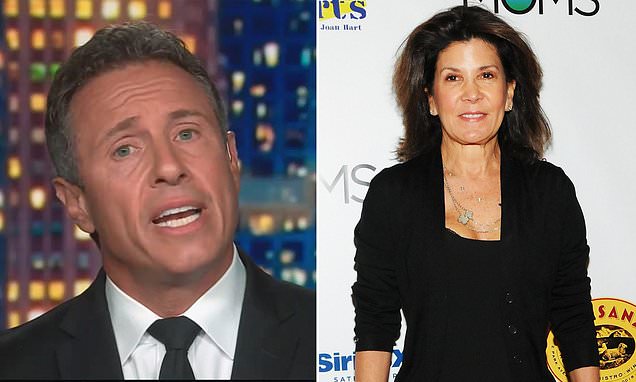 Shelley Ross, former executive producer at ABC and CBS (right), penned an op ed for the New York Times detailing the alleged incident at an ABC party back in 2005. Ross said Cuomo (left) gave her a ‘bear hug’ in the bar and squeezed her buttock. Cuomo later sent her an email apologizing for his actions, she said. In the email, he said he was ‘ashamed’ and apologized to Ross’s ‘very good and noble husband’ – who saw the incident – first and apologized to Ross second, she said. Cuomo has not denied the allegations, telling the Times ‘it happened 16 years ago’ and ‘was not sexual in nature’. The CNN host has come under fire recently for advising his brother Governor Andrew Cuomo over his sex pest scandal. Ross is one of multiple women who said they were sexually harassed by disgraced late Fox boss Roger Ailes.