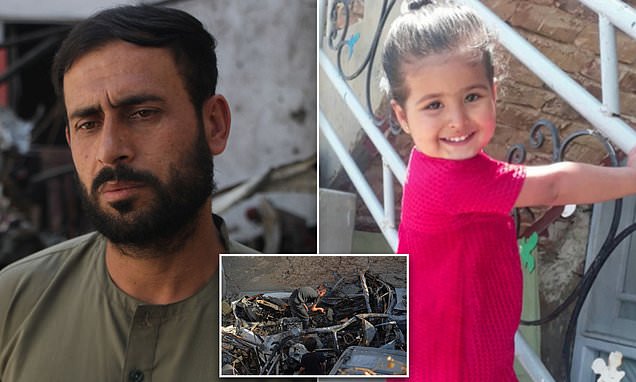 Three sources said the urgent warning came just moments too late – after the military launched the Hellfire missile and just seconds before it struck. This intelligence gap may have helped cost the lives of 10 innocent civilians. Emal Ahmadi, whose three-year-old daughter Malika was killed in the August 29 Hellfire missile attack, said an apology from the US is ‘not enough’. The grieving father demanded America ‘finds the person who did this’ saying ‘I want him punished’. The Pentagon admitted Friday the man targeted in the attack was not an ISIS-K operative, as previously thought, but an aid worker. Head of US Central Command Gen. Frank McKenzie said the US made a ‘tragic mistake’ and he offered his ‘sincere apology’ to the victims.