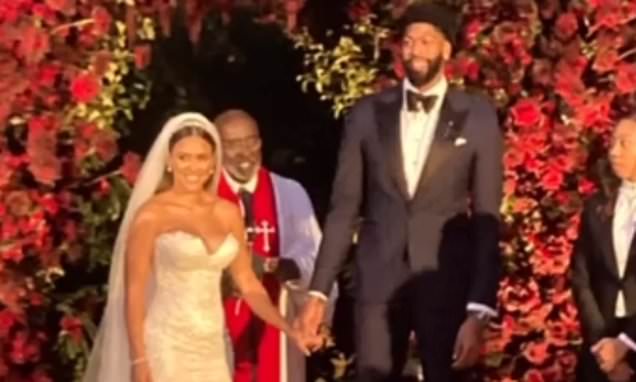 *BCNN1 editor’s note: Men, if you want to hang with “King James”, you need to be married to a woman. Sad to say, Jay-Z, LeBron, & Steph Curry act more like men and have better marriages than many men in the church – Thanks guys.

Several pictures of the festivities, with LeBron James and Russell Westbrook among those in attendance, were seen floating around social media Saturday.

The highlight of the reception appeared to be Davis signing his own rendition of Dru Hill’s “Never Make a Promise”:

Davis and Marlen P have been together for several years and have a daughter, Nala.