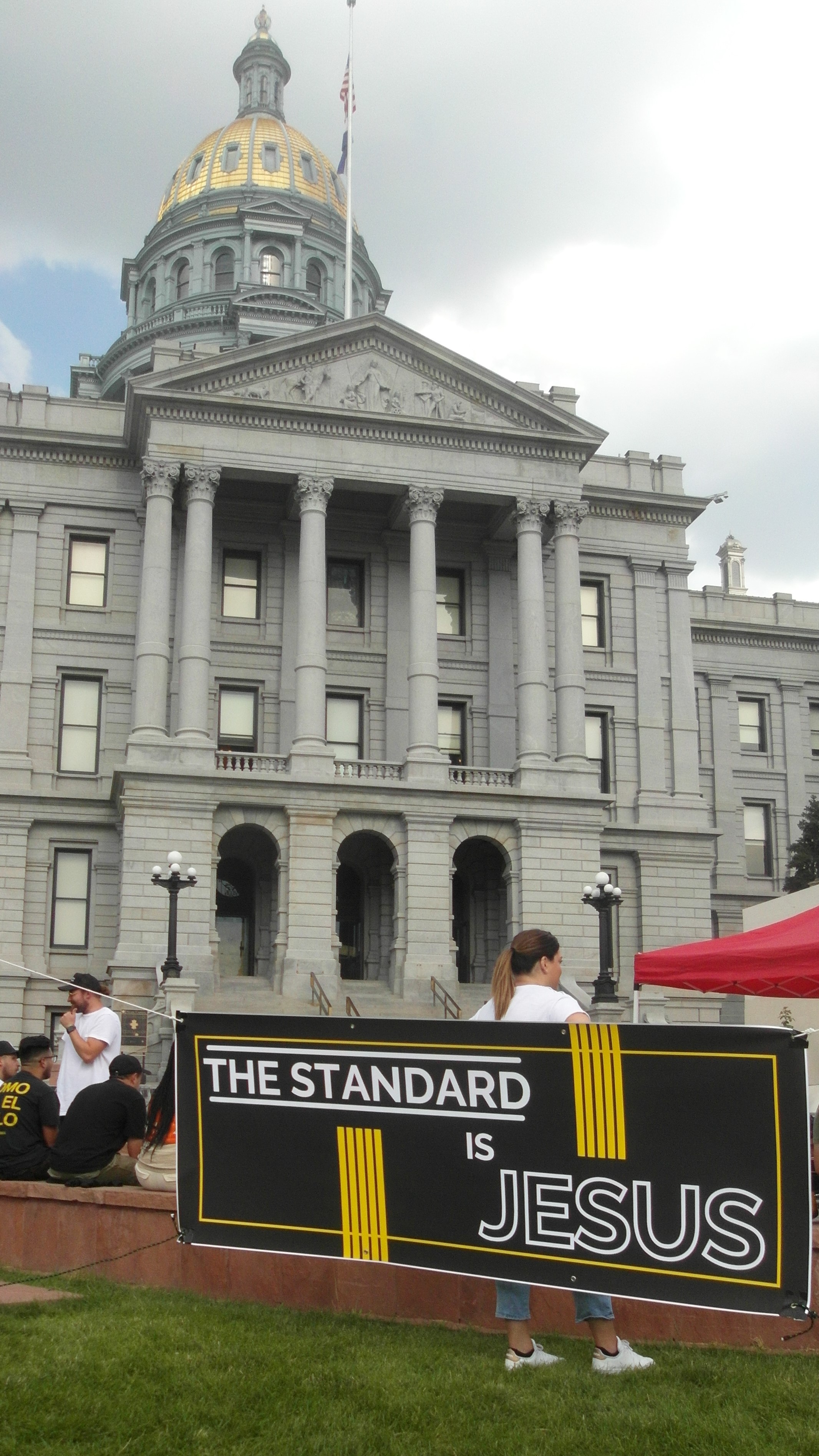 In what might be a first for Colorado and the nation, students attending a youth conference were baptized at the state Capitol in Denver, where pastors and ministry leaders placed a corrugated metal trough just below the office window of Chad Dedmon.

Just as teens and adults stepped into the water on two consecutive afternoons, the sky over Denver poured torrential rain that soaked candidates enough to qualify as baptism. But mere sprinkling of believers in Denver was just the beginning; they were then fully immersed in water and raised to new life – and to the sounds and sights of cheers and cameras.

People giving their lives to Jesus for the first time or in rededicating themselves to the Lord were dunked during the three-day youth conference, which included 60-hours of continual prayer and worship, and equipping students for ministry outreach by youth leaders Lou Engle, Gary Black and Chad Dedmon.

Those who received ministry from the students during two days of outreach on the 16th Street Mall in Denver followed them to the Capitol for worship and baptism, and still others were drawn by the sounds and sights of music and dance declaring the standard is Jesus.

Depression, unforgiveness, addiction, abuse, pornography, comparison, anxiety, gender neutrality and a sexual agenda directed at youth are not the standards for their generation, said Shannon Clark.

One of the ministries Clark leads, The Standard, hosted the conference with assistance from pastors and churches from Denver to Colorado Springs and Youth With A Mission (YWAM) leaders,  who prayed for and ministered to students hungry for hope and direction.