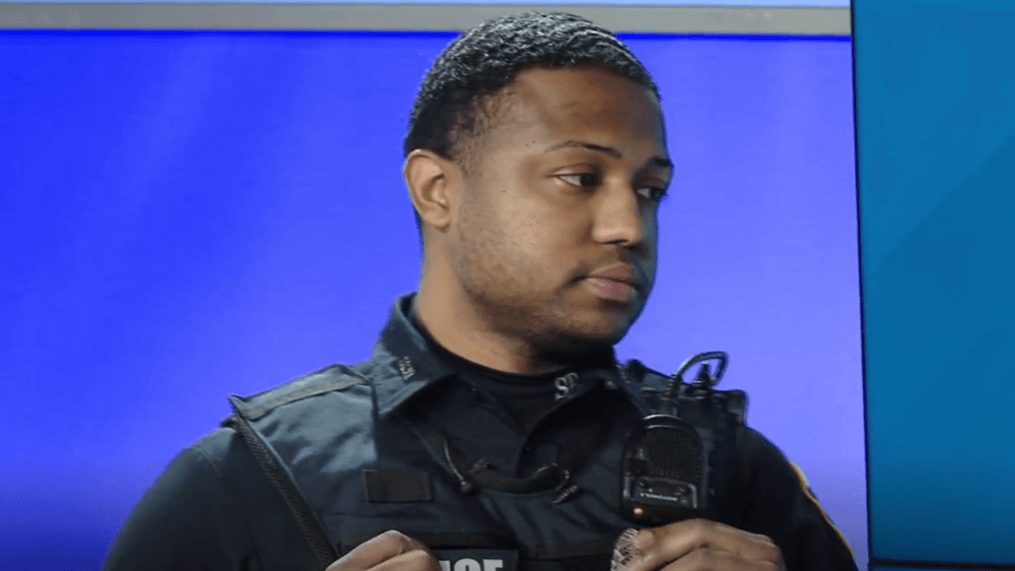 Brandon Hanks, who is from Syracuse and is known for playing basketball with kids while on duty, alleges that an internal department memo written by a Capt. Tim Gay said Hanks is affiliated with gang members to deny him a promotion to the gang violence unit.

Hanks alleges the department used his listening to rap music, among other allegations, to justify its belief that he has ties to gang members.

The officer also added deputy chief Richard Trudell to the lawsuit over his use of the N-word. Trudell admitted using the word in a deposition seven years ago that stemmed from a previous lawsuit filed against the department.

Trudell was part of a lawsuit filed by community service officer Sonia Dotson alleging the department discriminated and retaliated against her. Trudell was eventually removed from the lawsuit by a federal judge.

On the steps of City Hall on Monday, Hanks’ lawyers — Jesse Ryder and Charles Bonner — called for Trudell’s firing, saying that they believed Trudell’s deposition is an admission of racism. Trudell was promoted from captain to deputy chief five years after he testified to his use of the N-word.

“Brandon is in his car and there’s a rap song on in the barbershop where the word n—-s is heard and they discipline him,” Bonner said. “So they promote the white guy who’s an admitted racist and they deny a promotion to Brandon Hanks, who is out there really doing God’s work.”