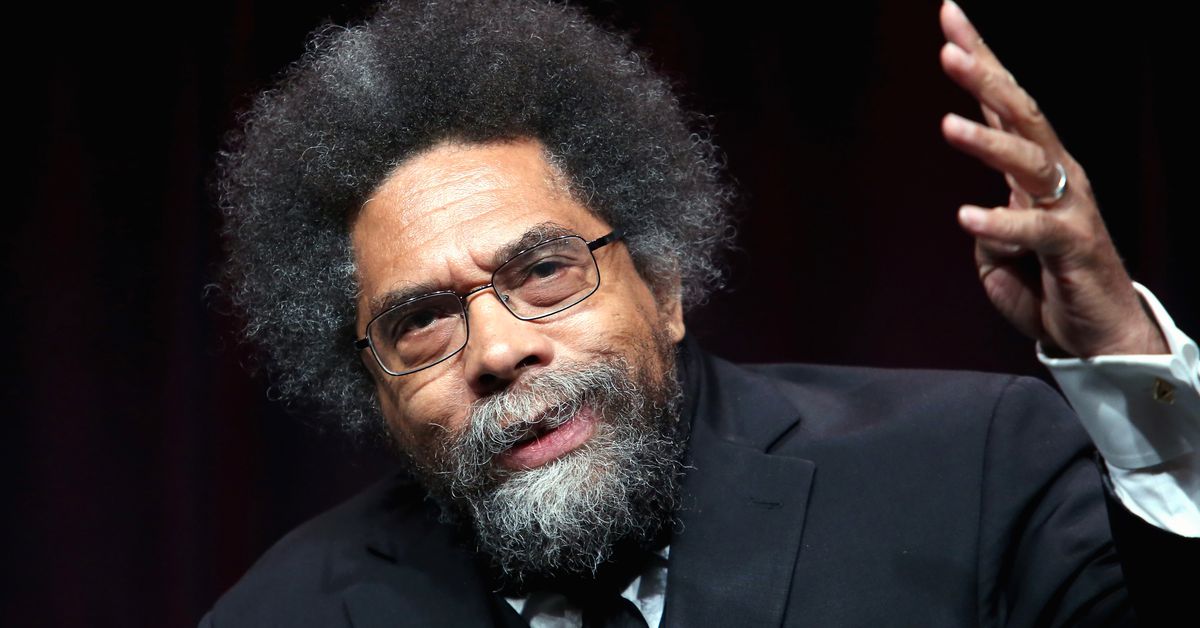 Cornel West is not particularly interested in being nice. He recently left Harvard—after his second tour as a professor there—and he made sure to post his resignation letter on Twitter: The school’s “narcissistic academic professionalism,” “anti-Palestinian prejudices,” and what he saw as indifference toward his mother’s recent death constituted “an intellectual and spiritual bankruptcy of deep depths.” Last week, the CNN commentator Bakari Sellers told Jewish Insider that West toys with anti-Semitism in the same way that former President Donald Trump deploys racist tropes. “That’s a cowardly lie of a desperate opportunist,” West told me.

And yet, when he’s not rumbling with one of his enemies, West is eager to find common cause with people he disagrees with—including, occasionally, political pariahs. He proudly recounted to me his days of debating with Meir Kahane, the Jewish nationalist who was convicted of domestic terrorism, and he has unapologetically spoken beside Louis Farrakhan, the Nation of Islam leader who frequently espouses anti-Semitic views. West takes issue with those on the left who believe that white people are hopeless, or that people who violate progressive orthodoxy should be canceled. “White brothers and sisters, brown, red, or yellow—they are capable of transformation,” he said. “Salvation is not in our hands anyway.” If West does not feel completely at home on the left because he is a Christian, neither does he feel completely at home in the church, which, in his view, has failed to stand up for working people. Perhaps the famous academic is only truly comfortable in the role of outcast.

I spoke with West about whether the left needs Jesus and much more. Our conversation has been condensed and edited for clarity.

Emma Green: Your first big book was Prophesy Deliverance! You called for a radical reimagination of America, grounded in Black Christian thought. Do you see any evidence that now, 40 years later, Black Christian socialist thought has more cultural or political influence than it did when you were writing that book?

Source: By Emma Green, the Atlantic