The body of a dead Afghan was found in the landing gear of a US Air Force plane that hastily took off from Kabul airport on Monday as thousands desperately tried to climb aboard even as it taxied down the runway.

Human remains were found inside the C-17 transport plane’s wheel well after pilots were forced to make an emergency landing in a nearby country because they were unable to retract the landing gear, sources told the Washington Post.

The person is believed to have climbed onto the landing gear and tried to stow away before the plane departed in the frantic attempt to flee the country after the Taliban takeover.

Shocking videos showed masses of Afghans chasing after the plane as it taxied down the runway, with some managing to cling on as it took off.

At least two people plunged to their deaths moments later as the plane rapidly gained altitude over the city.

The gruesome discovery of the human remains was among the disturbing developments to emerge as Americans hastily evacuated in chaotic scenes that left at least seven people dead.

The images of American helicopters ferrying diplomats and personnel from the US Embassy in Kabul to the airport prompted comparisons to the fall of Saigon in 1975 when the US military pulled out of Vietnam.

Crew of U.S. Military Cargo Plane Where Afghan Civilians Fell to Their Death During Chaotic Afghanistan Pull-out Are Cleared of Wrongdoing 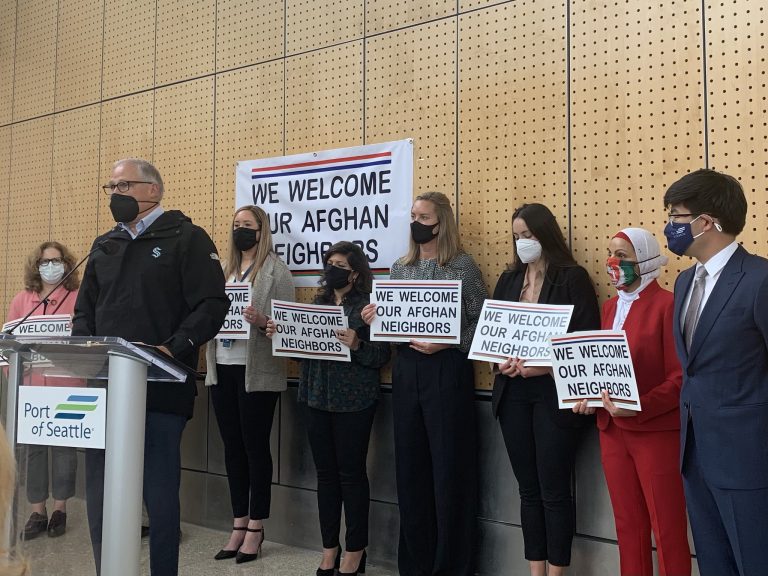