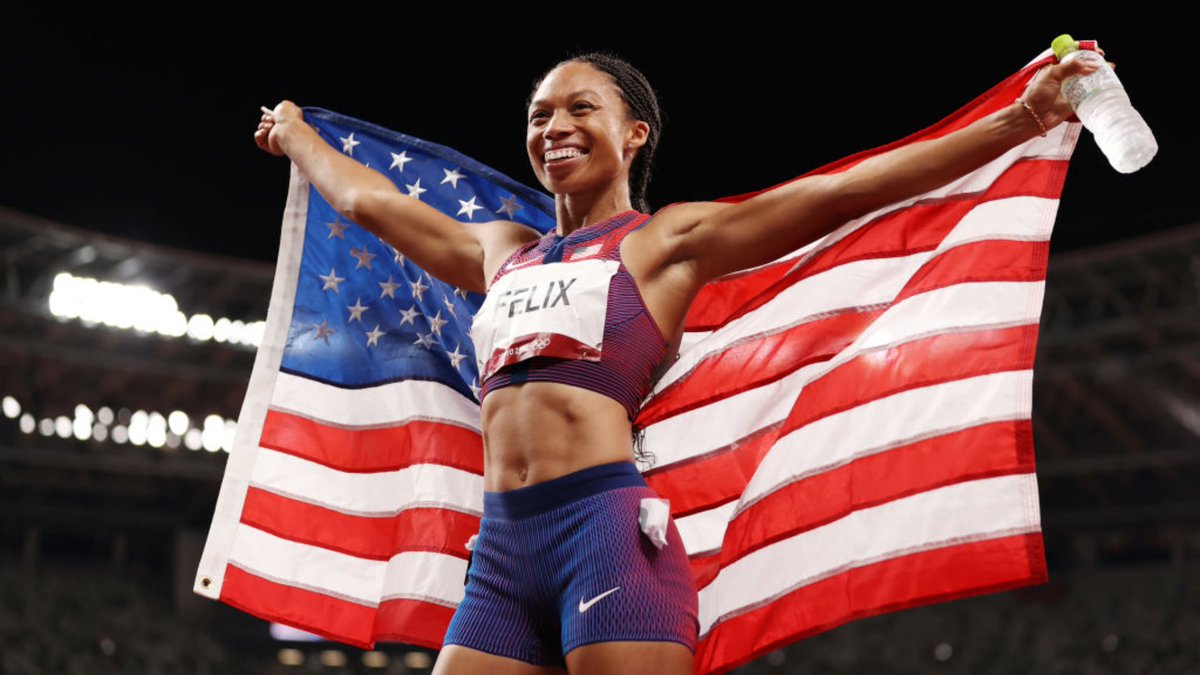 Allyson Felix finished third in the 400 meters Friday to win her 10th career medal and become the most-decorated woman in the history of Olympic track.

The 35-year-old Felix, a stalwart of American track and field, started in the outside lane and outraced Stephenie Ann McPherson of Jamaica to take third place by 0.15 seconds.

Shaunae Miller-Uibo blew away the field, winning in 48.36 seconds to defend her Olympic title from Rio de Janeiro. It was a far less dramatic finish than in 2016, when Miller-Uibo dived at the finish line to edge out Felix for the gold.

“A lot of times, I have tied my own work to what happens in these championships,” Felix said. “And I didn’t want to do that this time. I’ve been through too much. I always run for gold. But I just wanted to have joy no matter what happened tonight.”

Felix’s 10th Olympic medal broke a tie with Jamaican runner Merlene Ottey and matches Carl Lewis, who also won 10 medals and was alone as the most-decorated U.S. athlete in track. Paavo Nurmi of Finland holds the all-time mark with 12 medals from 1920 to 1928.

Felix could pass Lewis on Saturday if the U.S. puts her in the 4×400 relay final. Lewis praised Felix in a tweet after her bronze-winning run.