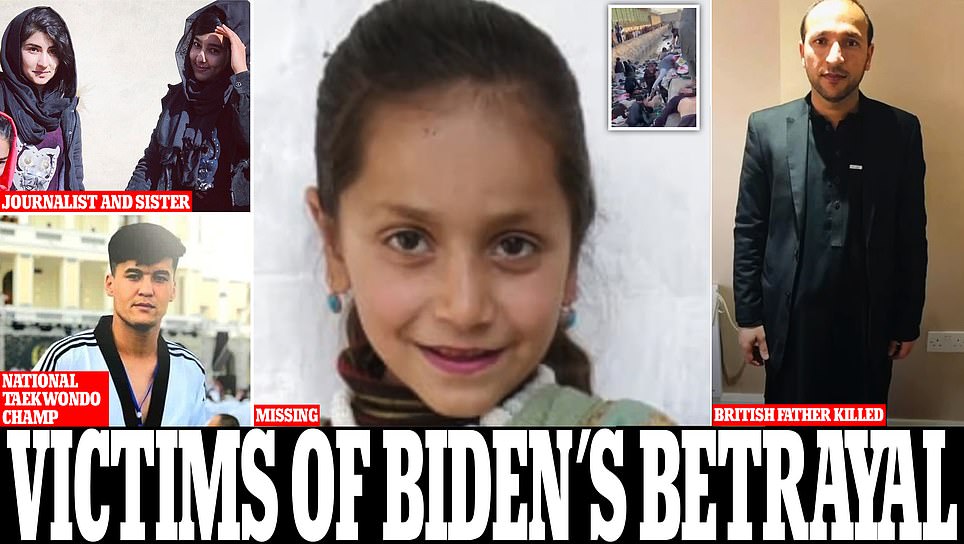 One of the victims of Thursday’s Kabul suicide bombing has been pictured and named as Muhammad Niazi, a British Afghan who travelled there from London to help his family at the airport. As of last night, his wife, youngest child and eldest daughter were still missing, according to the broadcaster, with his brother and survivor of the blast, Abdul Hamid, telling the BBC: ‘I saw some children in the river’. It is unclear whether Mr Niazi is one of the three British victims reported by the Foreign Office earlier on Friday. As the Afghan victims of the horrific Kabul airport suicide bombing were being buried, friends and relatives spoke of ‘the best and the brightest of their generation being cruelly cut down in their prime.’ The faces of the tragic, mainly young, victims came from all corners of Afghan society, but they all shared a hope for a better life away from the Taliban’s rule. The funerals taking place across the city today ranged from that of a talented young woman journalist to a member of the Afghan national taekwondo team. Several families were devastated by the loss of more than one cousin or sibling, and one family lost four young men. Afghan TV presenter Muslim Shirzad, 30, who tweeted many of the images of this tragic gallery of smiling victims, said families and friends had contacted him with the sad news.