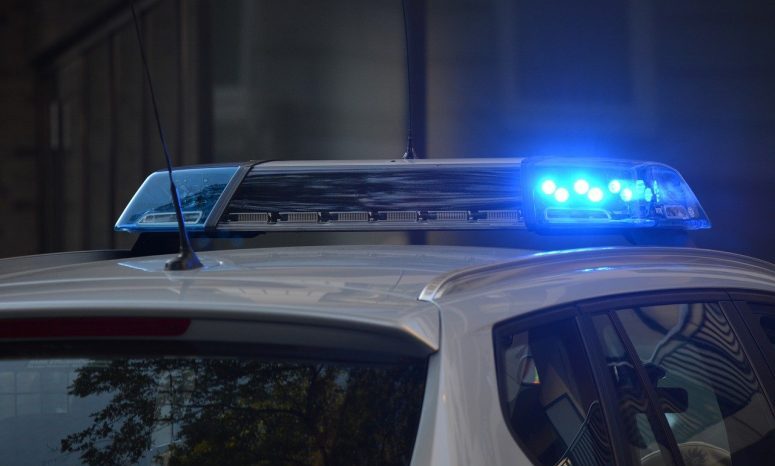 A white man who is seen in video footage pushing a Black neighbor with his chest and using racist slurs to address the neighbor and others on Friday has been arrested.

Edward C. Mathews, 45, was arrested on Monday evening after protesters gathered outside of his Mount Laurel home for multiple hours.

“Now, what I did was not acceptable. It’s completely wrong,” Mathews is seen saying in another video filmed by a protester on Monday before his arrest.

In the footage showing the confrontation on Friday, Mathews gives his address several times before finally walking away saying, “Come (expletive) see me.”

In a statement posted online Monday morning, the Mount Laurel police department said Mathews was charged with harassment and biased intimidation but was initially issued a summons and was not arrested.

On Monday evening, prosecutors said at a press conference that they were bringing new charges against Mathews based on additional video footage, but did not say what the new charges were. An email to the Burlington County prosecutor seeking additional information was not immediately returned.

Police officers stood at the door of Mathews home while protesters gathered outside on Monday. When police moved to arrest Mathews around 7:30 p.m., footage posted by a reporter shows protesters throwing objects towards officers and Mathews as they walk to a police car and then at the car as it drove away.

Police say they are investigating other incidents involving Mathews. It was not immediately clear if Mathews has an attorney to represent him. A working phone number for Mathews could not immediately be found.

Father Arrested for Shooting Deaths of His Four Young Children and Their Grandmother at Lancaster, California, Home