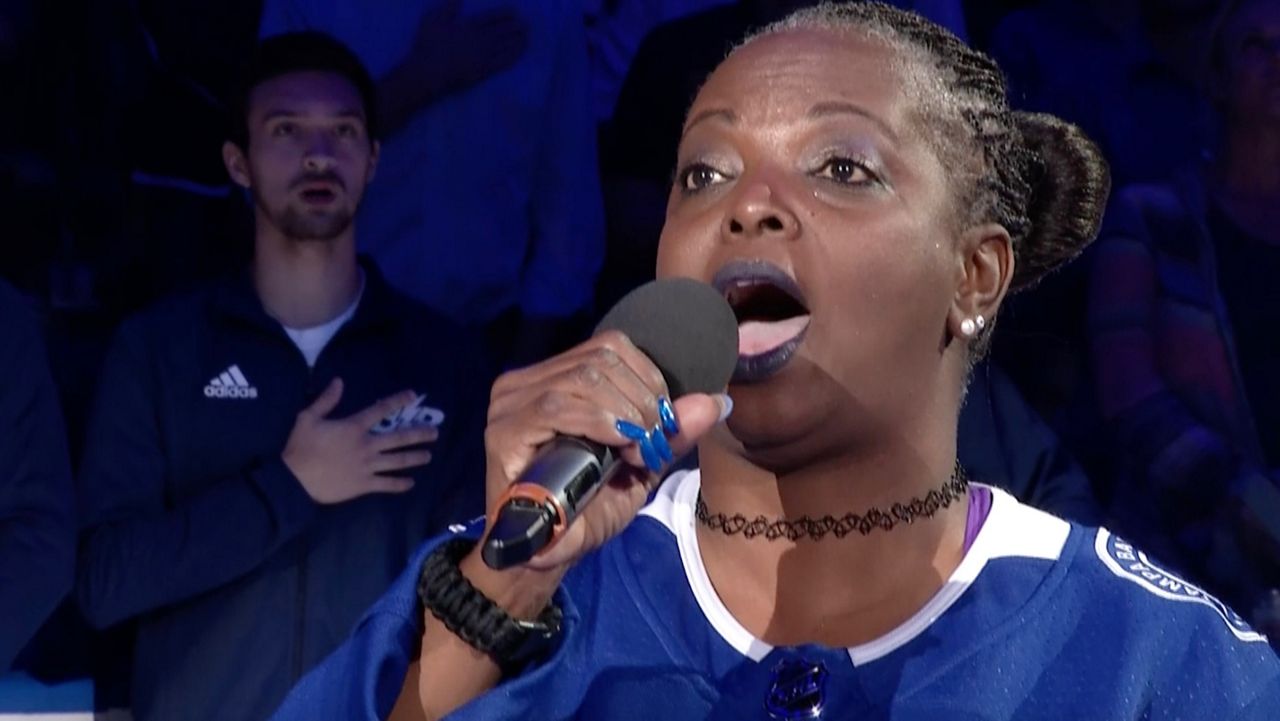 It’s a voice that Lightning fans have come to know and love.

Recently, there is not as much air behind it as there normally is as retired Air Force sergeant Sonya Bryson-Kirksey – who was diagnosed with multiple sclerosis a few years ago –  continues to battle COVID-19. Because of the immunocompromised disease, she will remain hospitalized for at least two weeks as a precaution.

“She’s feeling OK. She has her problems with the breathing. She’s not on a ventilator, not in critical condition,” her husband, Jimmie Kirksey Jr., told FOX 13.

He revealed Thursday that Sonya was previously vaccinated and has the highly contagious delta variant. It’s believed she was exposed to the virus during the Stanley Cup championship celebrations.

“We’ve been trying to be protective of her, you know, because of her M.S. She was wearing her mask and fans were like ‘Can you take it down so we can take a picture?’ Jimmie explained. “So she takes it down to take a picture and stuff and lo and behold… this is what happens. With her being like this, she is going to wear her mask from now one. So, if someone asks to take it down…I hate it for ya.”

He said with the vaccine, it may help, but it doesn’t prevent someone from contracting COVID-19.

“That’s the thing that most people think, ‘I got the vaccinations, so I’m good,” Jimmie said. “The doctors told me because my immune system is better than hers, because she has M.S. So her immune system is down, lower than mine.”