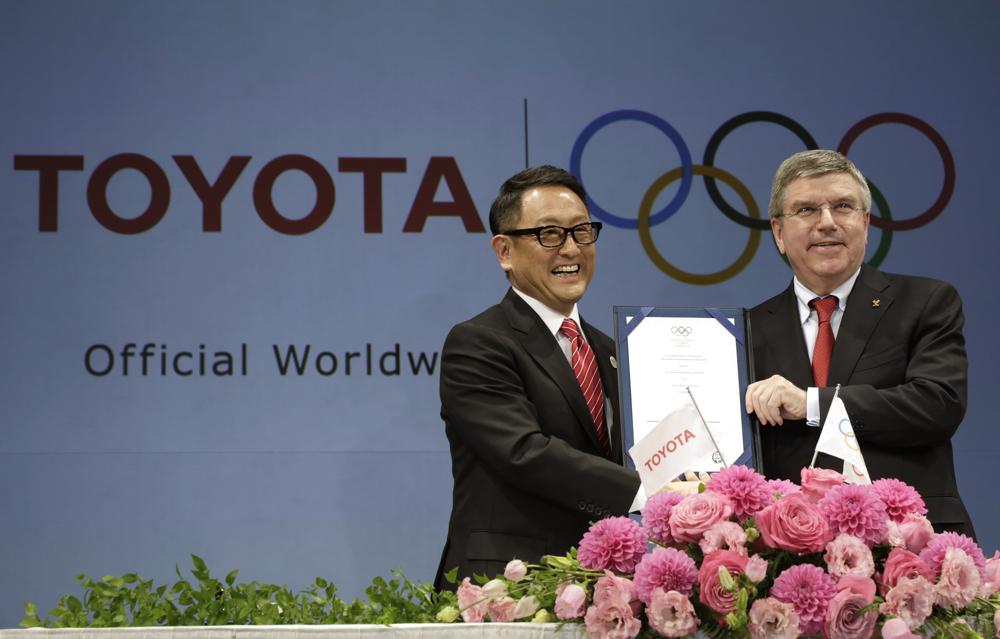 TOKYO (AP) — Toyota won’t be airing any Olympic-themed advertisements on Japanese television during the Tokyo Games despite being one of the IOC’s top corporate sponsors.

The extraordinary decision by the country’s top automaker underlines how polarizing the Games have become in Japan as COVID-19 infections rise ahead of Friday’s opening ceremony.

“There are many issues with these Games that are proving difficult to be understood,” Toyota Chief Communications Officer Jun Nagata told reporters Monday.

Chief Executive Akio Toyoda, the company founder’s grandson, will be skipping the opening ceremony. That’s despite about 200 athletes taking part in the Olympics and Paralympics who are affiliated with Toyota, including swimmer Takeshi Kawamoto and softball player Miu Goto.

Nagata said the company will continue to support its athletes.

Being a corporate sponsor for the Olympics is usually all about using the games as a platform to enhance the brand. But being linked with a pandemic-era Games may be viewed by some as a potential marketing problem.