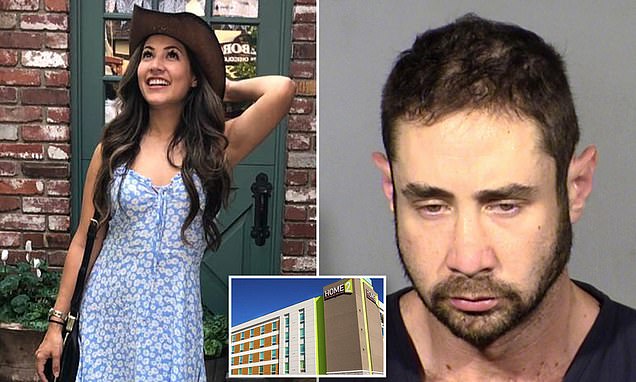 Law student Justin Medof, 31, (right) claimed he had woken to find his girlfriend Stephanie Duarte, 30, (left) covered in blood at their hotel in Las Vegas. The Clark County Fire Department responded to the scene at the Home2 Suites hotel to find Medof attempting to perform chest compressions on the naked victim. Police officers took him to a separate room so they could treat Duarte, but an officer said she had been dead for some time. A police report alleges that Medof and Duarte had an argument the night before.