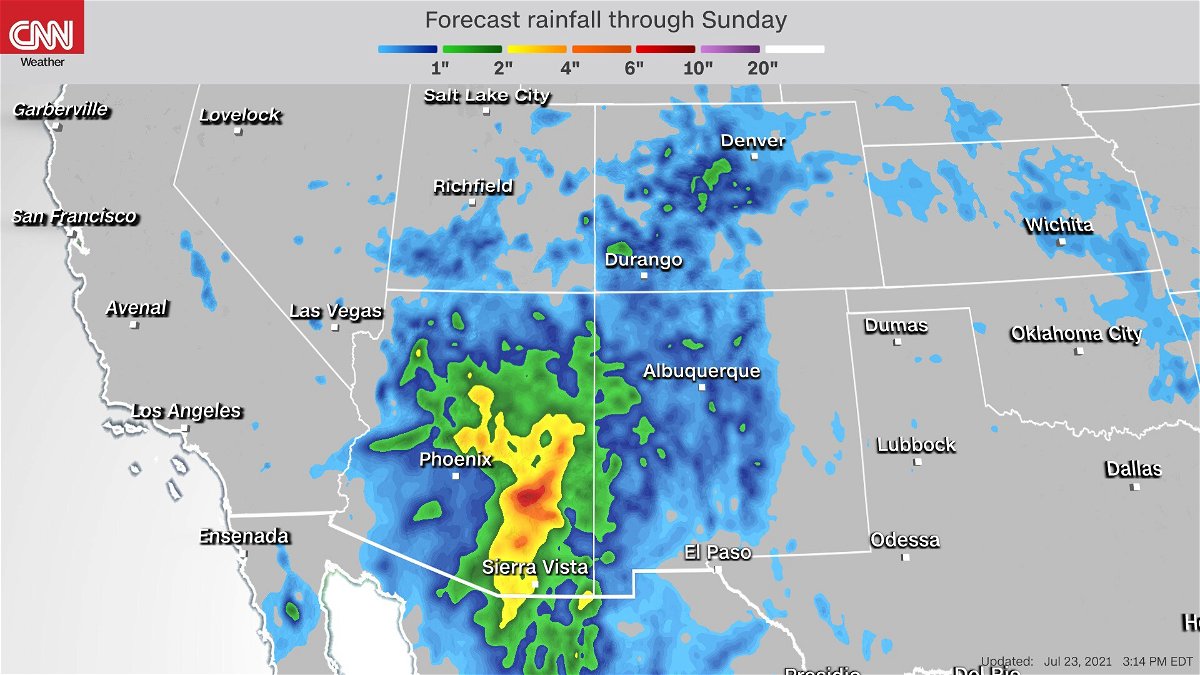 A surge of monsoonal moisture is bringing rounds of heavy rain and strong thunderstorms to areas of the Southwest that are currently suffering from extreme to exceptional drought conditions.

While expansive rain and thunderstorms will affect much of the Southwest this weekend, the highest rainfall totals are expected across the state of Arizona where some locations could tally upwards of 6 inches. This amount of rain in such a short period of time have prompted significant flash flooding concerns.

Tucson, Arizona, was under a flood warning for much of the day on Friday where 1 to 4 inches of rain fell across the region, most of it accumulating in the overnight and early morning hours. The city has seen nearly 3 inches of rain so far this month which is more than an inch above the city’s normal rainfall for the month.

The heavy rain Thursday night into Friday morning even submerged highway ramps north of Phoenix, and more rain is expected through the weekend.

Just outside of Tucson, the Vail School District alerted families on its Facebook page that due to the flooding, road closures could impact bus routes Friday. “If you live in an area that is prone to road closures due to flooding, you can assume that bus routes will be delayed or unavailable this morning”.

“What we’re expecting to see here is a widespread rain event across the majority of the state of Arizona,” said National Weather Service Tucson meteorologist Rob Howlett. “Looking at just southeast Arizona a lot of the valleys are going to see rainfall amounts most likely between 1 to 2 inches, maybe higher in other spots.”

Family-Friend Says Parents of Six-Year-Old Girl Who Plunged 110-Feet to Her Death on Colorado Amusement Park Ride Are in Deep Denial and Anger, and...