A teenage boy who climbed into a Louisiana home by using a ladder to see a girl fatally shot her father shortly after he confronted him Sunday morning, police said.

Authorities in Zachary, a small city about 20 miles north of Baton Rouge, are trying to determine what prompted an exchange of gunfire between the 17-year-old suspect and Dezmon Jerome Hamilton, 34, Zachary Police Chief David McDavid said.

Hamilton, a well-known area businessman, died in his living room, and the teen was injured after shots were fired, McDavid said.

McDavid said Thursday that the teen, whom he didn’t name, and Hamilton shot at each other about 25 minutes after Hamilton caught the boy hiding in a closet and took him downstairs to speak to him. The teen was there to see Hamilton’s 14-year-old daughter, McDavid said. 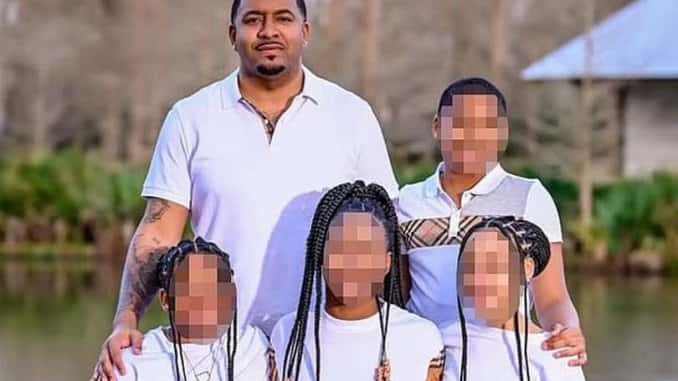 Hamilton was alerted to the boy in his home by a neighbor who saw the teen “going into the window,” McDavid said.

The boy remained in the hospital Thursday afternoon. McDavid said that upon his release, he will be arrested and charged with second-degree murder, illegal use of a firearm and possession of a stolen firearm. He is expected to be charged in juvenile court, McDavid said.

The bloodshed occurred within the vicinity of three potential witnesses, but McDavid wasn’t sure what they saw or heard, he said. They were Hamilton’s daughter, her mother and her grandmother. Hamilton had called them to the home, McDavid said.

Atatiana Jefferson’s Family Files Lawsuit Against City of Fort Worth and Former Police Officer for Causing Emotional Trauma to Nephew Who Witnessed Her Fatal...