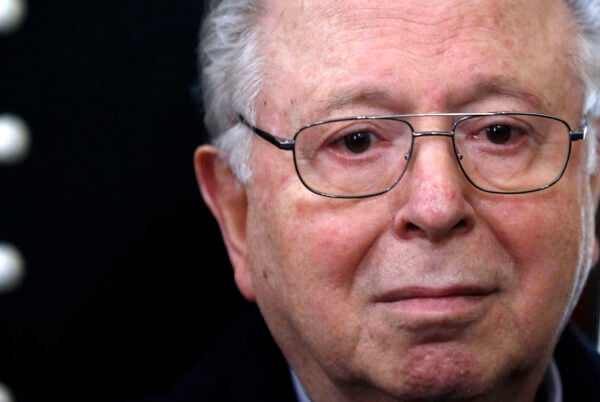 SANTIAGO, Chile (AP) — Fernando Karadima, a Chilean priest who was at the center of a sexual abuse scandal that has recently shaken the Catholic Church in Chile and who was eventually defrocked by the pope, has died. He was 90.

Karadima died on Sunday of bronchopneumonia and kidney failure in the nursing home where he was living, according to his death certificate.

After being defrocked in 2018, Karadima was sanctioned to a lifetime of penance and prayer for having sexually abused minors in a parish in Chile’s capital.

Three of his victims said on a press release that they knew Karadima had died and that he was only “another link on this culture of perversion and cover-up in the church,” and they hoped this never happens again.

The Chile abuse scandal first erupted in 2009, when victims publicly accused Karadima, then one of the country’s most prominent preachers, of molesting them for years. The Vatican eventually convicted Karadima in a church tribunal.

But some of his victims have criticized the Chilean Catholic Church and the Vatican for mishandling several cases.

During a trip to Chile in 2018, Pope Francis discredited the victims, outraging survivors and their supporters. Francis later apologized to them.

The archbishop of Santiago said on Monday that it’s supporting the victims and that it will work to have “healthy and safe environments within the Church.”