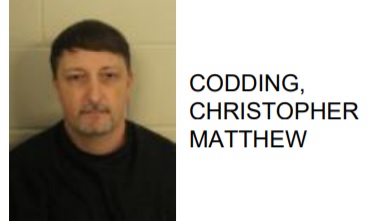 According to the arrest report, Codding forcibly performed sodomy on a victim under 12 years of age, WRGA reported. The incident took place between 2014 and 2017. He is also charged with a similar incident, occurring between 2010 and 2013.

Codding, a former youth lay leader at Cassville (Ga.) Baptist Church, was featured last year in a story in Baptist Press for his work as a healthcare professional treating COVID-19 patients at a Maryland hospital.