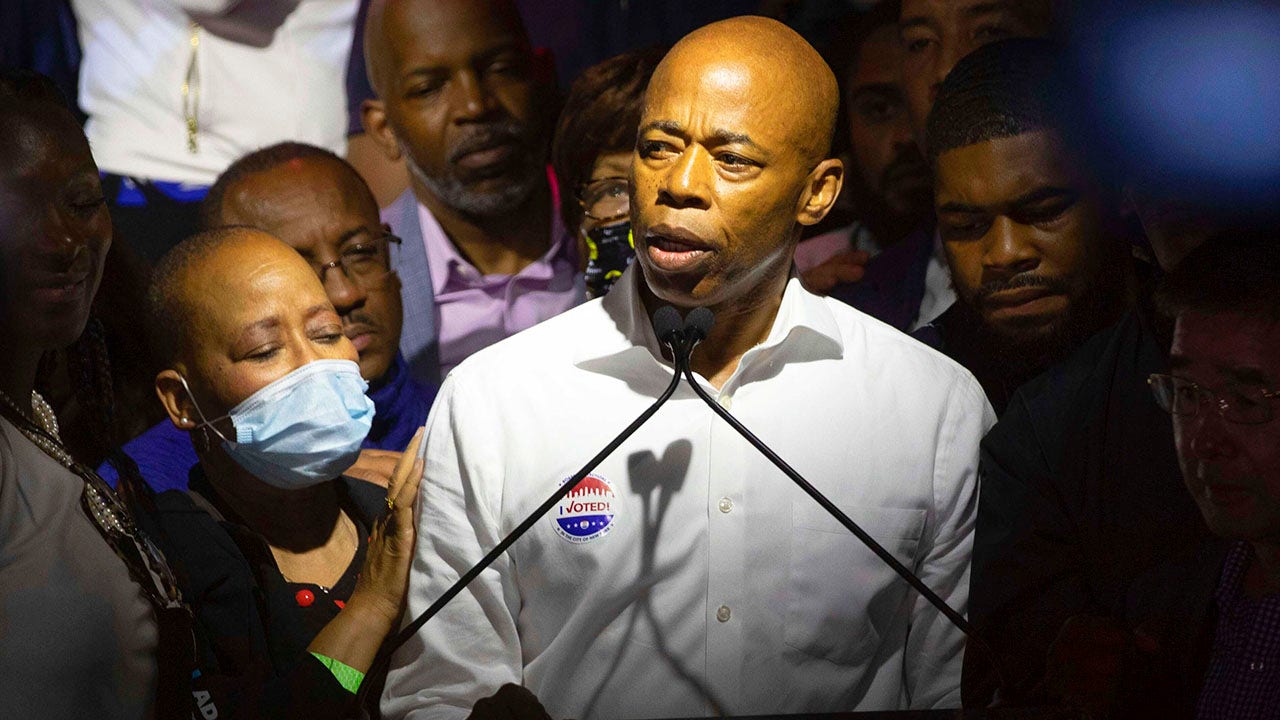 Adams — who if elected would only be the second Black mayor of the Big Apple — beat out presidential hopeful turned-mayoral candidate Andrew Yang, Maya Wiley, who was endorsed by New York Democrat Rep. Alexandria Ocasio-Cortez, and top contender Kathryn Garcia.

The Associated Press declared Adams the winner early Tuesday evening based on the latest tabulations, which included most absentee ballots.

The former police captain ran a different race from his fellow Democratic candidates as a moderate and campaigned on opposing the “defund the police” movement.

“We’re not going to recover as a city if we turn back time and see an increase in violence, particularly gun violence,” Adams said following the May shooting of three people, including a 4-year-old girl, in Times Square.