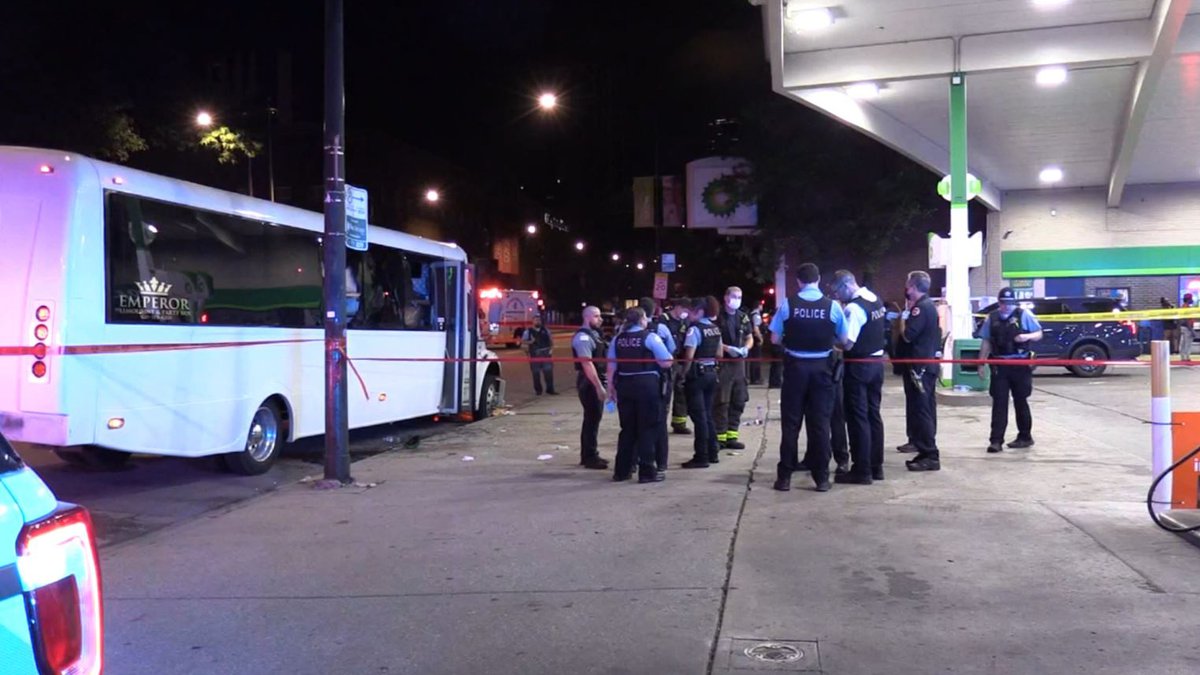 A drive-by shooting in Chicago wounded eight people who had been riding on a party bus, one of several shootings in the city that left at least three people dead on the same day, police said.

The mass shooting happened late Wednesday in Lincoln Park on the city’s North Side when one or more people in an SUV fired at the group, police said. It comes amid efforts to curb rising gun violence in the city and around the U.S., including new gun trafficking strike forces in Chicago and four other cities.

Following the party bus shooting, one man was hospitalized in critical condition with a gunshot wound to the chest, police said, while the other men and women who were wounded were in good, fair or serious condition.

No arrests were reported and police didn’t immediately say what may have led to the shooting.

Earlier in the night, a drive-by shooting on the city’s Near West Side left two men dead. The men were standing outside in West Town when someone in a passing SUV fired shots at them. No one was immediately taken into custody.

Ten other people were shot, one fatally, in two mass shootings within blocks and minutes of each other Wednesday evening in North Lawndale on Chicago’s West Side, police said.

A 14-year-old boy died after being shot in the head in one shooting, which also wounded four other teens, including a 16-year-old who was in grave condition, police said.

The second shooting about the same time wounded five people, including an 18-year-old man who was in critical condition and a 14-year-old boy who was in good condition.

Chicago police Deputy Chief Ernest Cato visited the site of the second shooting and pleaded for the public’s help in investigating the attacks.

On Monday, the Chicago Police Department announced a new team of officers, prosecutors and federal agents that will target gun trafficking as part of anti-violence efforts. It followed another bloody weekend that ended with more than 60 people shot, including 10 fatally.