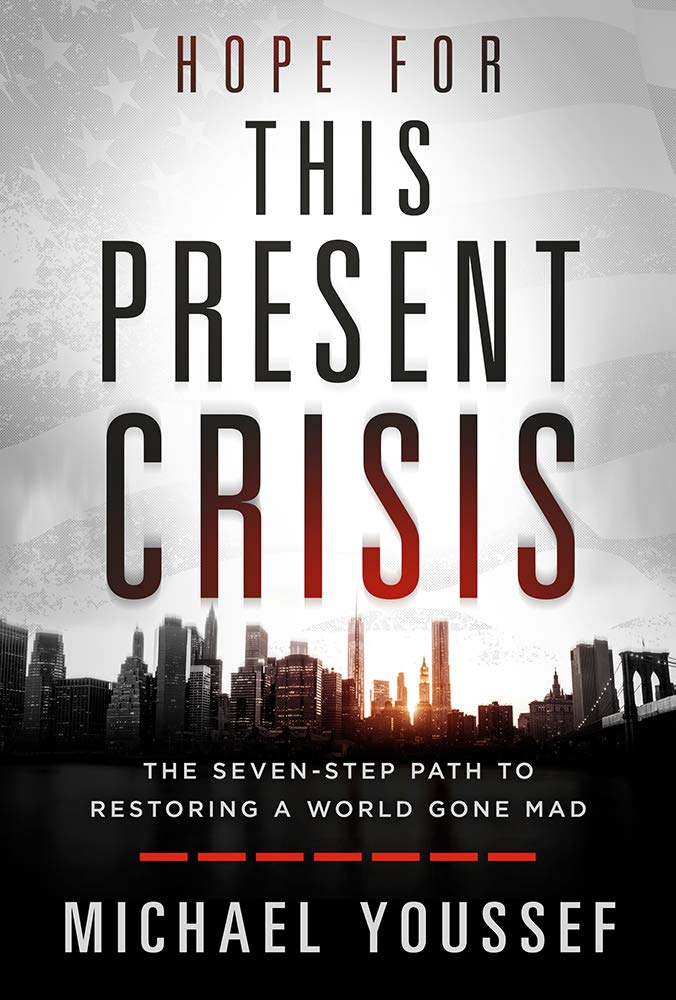 Parents and citizens across the nation are rising up to oppose critical race theory (CRT) and racial indoctrination of children. In reaction to overwhelming voter support and civic action, states are moving to restrain CRT, with some states banning it from classrooms and standard curriculums.

In his bestselling book, Hope for This Present Crisis, Dr. Michael Youssef addresses the dangers of critical race theory. “Critical theory claims that America, free market capitalism, the police and the church are all irredeemably and fundamentally racist. It teaches that racism is unsolvable, and that people are incapable of changing.”

Dr. Youssef continues, “The victim-oppressor narrative of critical theory drives all the forces that are seeking to destroy Western civilization.”

Educators and school boards in over 20 states face backlash from parents and some educators who refuse to teach radical curriculums. One Loudoun County resident equated the explicit sexual content and radical CRT to emotional child abuse, an attack on the family and an affront to freedom and God’s design for humanity.

At its core, CRT is an attack on Christian values and American founding principles. Acts 17:26 states, “And God has made from one blood every nation of men to dwell on the face of the earth.”

Hope for This Present Crisis is published by FrontLine, an imprint of Charisma House, and is available through Amazon, Barnes & Noble, BAM, ChristianBook.com and Leading The Way.

Youssef was born in Egypt and lived in Lebanon and Australia before coming to the United States and fulfilling a childhood dream of becoming an American citizen. He holds degrees from Moore College in Sydney, Australia, and Fuller Theological Seminary in California, with a Ph.D. in social anthropology from Emory University. He founded The Church of The Apostles, which was the launching pad for Leading The Way’s international ministry. Youssef has authored more than 40 books, including popular titles like “Jesus, Jihad and Peace” and “Saving Christianity?”

Youssef is the host of the popular TV and radio broadcast Leading The Way with Dr. Michael Youssef, which airs more than 13,000 times every week across six continents in 26 languages—reaching audiences in nearly every major city in the world. His programs attract tens of millions of viewers weekly in the U.S. on major TV networks, including TBN, Daystar, Fox Business, Lifetime, GOD TV, CTN, NRB TV, and more.

Equipped with a keen understanding of the Bible, the Middle East, sociological trends in the Western world, and popular Christian worldview issues, Youssef is a sought-after voice whose expertise is regularly requested on both secular and Christian media, including Huckabee, Fox & Friends, Eric Metaxas, The Hugh Hewitt Show, The Christian Post, Fox News, Hannity, Glenn Beck, The 700 Club and more. He and his wife reside in Atlanta and have four grown children and 10 grandchildren.

Becoming a Respiratory Therapist with a Real Degree