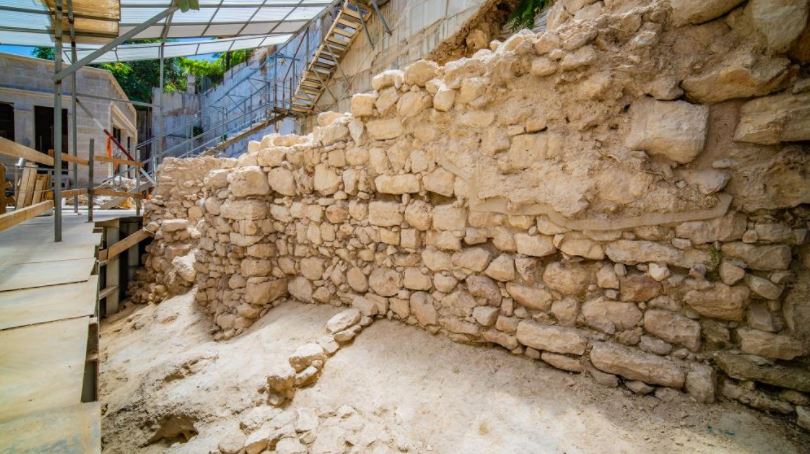 Archaeologists excavating in the City of David National Park in Jerusalem have uncovered the remains of the city wall from First Temple times.

The revelation comes just days ahead Tisha B’Av – the ninth day of the Hebrew month of Av – when Jews around the world mark the destruction of both the First and Second Temples as well as other tragedies that have befallen the Jewish people.

The excavations, conducted by the Israel Antiquities Authority (IAA), revealed a section of the city wall that would have protected Jerusalem for 150-200 years from sometime in the 8th century BC until the city was breached by the Babylonians and the Temple destroyed in 586 BC.

“The city wall protected Jerusalem from a number of attacks during the reign of the kings of Judah, until the arrival of the Babylonians who managed to break through it and conquer the city,” said excavation directors, Dr. Filip Vukosavović of the Ancient Jerusalem Research Center and Dr. Joe Uziel and Ortal Chalaf on behalf of the IAA.

“The remains of the ruins can be seen in the archaeological excavations. However, not everything was destroyed, and parts of the walls, which stood and protected the city for decades and more, remain standing to this day,” they added.