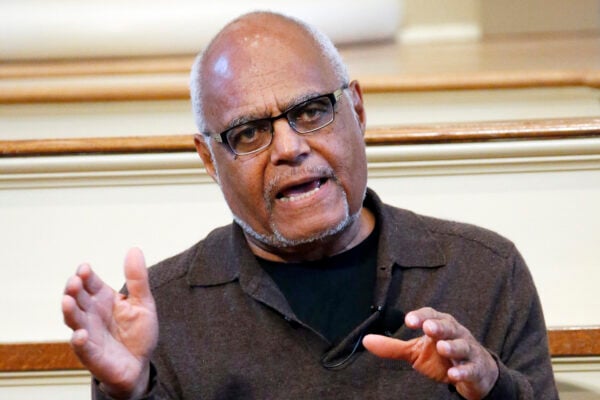 (RNS) — The death of Bob Moses on Sunday (July 25) at age 86 should make anyone who dares meddle with Americans’ voting rights in this country pause. The life of the great educator and civil rights leader in Mississippi during the turbulent and violent 1960s reminds us that there may be no more noble cause and that it attracts powerful champions.

I met the 29-year-old Moses at the Morning Star Baptist Church in Hattiesburg, Mississippi, in February 1964, when I was a young rabbi serving Congregation B’Nai Jehudah in Kansas City, Missouri. Like millions of Americans, I had been deeply moved months before by the huge civil rights rally that drew hundreds of thousands of people to the Lincoln Memorial.

In February 1964, the Rabbinical Association of Greater Kansas City sent me to Hattiesburg as its official representative to participate in the interreligious Ministers’ Project, which included rabbis, Presbyterian pastors and Episcopal priests from all over the country. I spent a week in Mississippi supporting the town’s African Americans, who were cynically forced to take a detailed and lengthy test that only a constitutional scholar could pass, designed to systematically deprive them of their vote.

When the Hattiesburg voting rights drive began in January, only 12 out of 7,000 eligible Black voters were registered. By early April, the number had climbed to nearly 800.

The drive, based upon non-violent direct action, consisted of marching each morning for several hours with other clergy in front of the Forrest County Courthouse demanding an end to voter suppression. In the afternoons, we went from house to house, instructing Black residents on how to register despite the onerous restrictions that were placed on them. In the evenings, the rabbis and Christian clergy attended various Black churches where we heard stirring music, powerful sermons and again we offered assistance in voter registration.

On one of those nights, at Morning Star Baptist, Bob Moses got up to speak. A graduate of Hamilton College in Clinton, New York, he had earned a master’s degree in philosophy at Harvard University, but, stirred by the civil rights movement, he had left his safe teaching position at Horace Mann, an elite private school in New York City, and traveled to Mississippi in 1960.

By February of 1964, he had become a legend. He had been shot at as he rode in a car. He had been knifed in the head by a violent segregationist, and, because no white doctor would treat his wound, Moses had to be driven around until a Black physician was finally located and sewed nine stitches in his head.

Moses delivered a powerful, eloquent address that night at Morning Star. He had a professorial mien and communicated in a soft voice but spoke in powerful cadences about the fundamental American right to vote. Fifty-seven years later, the memory of Moses’ magnificent oration has the power to stir me.

That summer, Goodman and Schwerner were murdered in Neshoba County, Mississippi, by members of the Ku Klux Klan, along with James Chaney, a young Black civil rights worker. Their killers were only brought to justice many years later.

Moses believed that a quality education was another necessity if we were to achieve a just and equitable society. In the 1980s, Moses organized “The Algebra Project,” whose goal was to help young Black students acquire skill in mathematics, a subject Moses discovered was greatly lacking for many African-American students.

When I returned to Kansas City, I wrote an article that appeared in the “Jewish Frontier,” a national magazine, about my Mississippi experiences. I concluded the piece with two predictions: There would be violence in Mississippi during the summer of 1964, and “total integration” would come to the United States within 10 years.

I was tragically correct about the potential for violence and much too optimistic about the end of racism in the United States. In those days, listening to men like Moses, it was possible to believe it.

May his memory and legacy always be an inspiration and a challenge for all Americans.

(Rabbi A. James Rudin is the American Jewish Committee’s senior interreligious adviser and the author of “Pillar of Fire: A Biography of Rabbi Stephen S. Wise.” He can be reached at jamesrudin.com. The views expressed in this commentary do not necessarily reflect those of Religion News Service.)