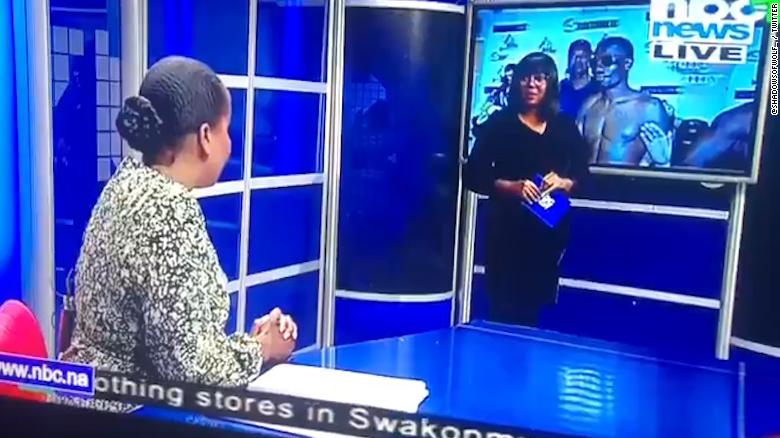 We’ve all faced disagreements at work, or been trapped in an uncomfortable stand-off after getting in someone’s bad books.

Luckily for most of us, our workplace squabbles aren’t usually broadcast live to a viewing nation or seen by millions of internet users worldwide.

Two presenters on Namibia’s flagship broadcaster have gone viral after their excruciatingly awkward exchange was seen live on air.

The argument began when news anchor Elmarie Kapunda threw to her colleague Jessica Kaimu for a sports segment.

Kapunda went on to introduce the segment further, before Kaimu cut her off: No, you’re not going to do that. You’re just going to greet me, and say, ‘take it away,'” she said.

“Jessica, we are live,” Kapunda replied — prompting a cringe-inducing silence between the pair, which neither presenter dares break. They are ultimately saved by the news program’s graphics, which pop up out of nowhere to put them and the viewing public out of their misery.

But unfortunately for Kapunda and Kaimu, a Twitter user captured the moment and their tweet went viral.

How to Equip Yourself for Evangelism