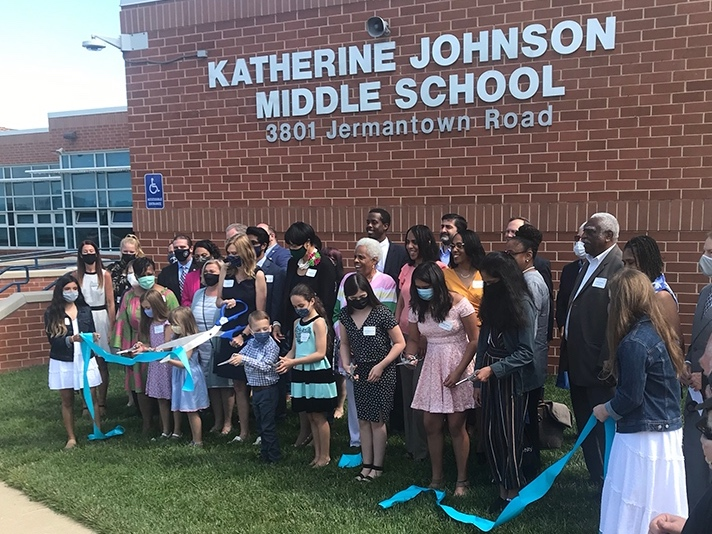 A Virginia middle school once named after a Confederate soldier officially has been renamed to honor Black NASA mathematician Katherine Johnson.

The Fairfax school had been called Sidney Lanier Middle School for the past 60 years, named after the American poet who was also a private in the Confederate army. In September 2020, the city school board decided to get rid of Lanier’s name after a majority of residents wanted the name changed.

Community members submitted over 300 new names for the school, and on Nov. 2, 2020, the district approved renaming the school after Johnson. Other names considered included Maya Angelou, Fairfax Woods, Legacy Independence and City.

“Her contributions continued to serve the nation and helped ensure that the ‘Eagle had landed…and landed safely,'” said city school board member Jon Buttram in November. “So, I think it appropriate that the name Katherine Johnson for our middle school will inspire new generations of ‘Eagles’ for our community, and I look forward to watching them fly.”

The name, Katherine Johnson Middle School, was approved for the 2021-22 school year and became official during a ceremony on Friday, with Johnson’s family in attendance.

The African American Hunter Who Made Roosevelt’s ‘Teddy Bear’ Famous