(RNS) — Thousands of years ago, back when the world’s economies ran on the barter system, the system’s integrity rested solely on the credibility of the weights. Not only were just and honest weights expected; God commanded it. (“Do not have two differing weights in your bag — one heavy, one light … You must have accurate and honest weights and measures, so that you may live long in the land the LORD your God is giving you.” Deuteronomy 25:13-15)

Much has been made of attempts by foes like Russia to undermine the integrity of our elections and our democracy. But it’s becoming increasingly clear the biggest threat to our democracy may not be in Moscow but in state capitals like Tallahassee, Phoenix and Austin.

Fair and equal access to the ballot box is the hallmark of every democracy. America can’t afford to create fluctuations or imbalances in its voting system.

By March of this year, 361 voting bills with restrictive provisions had been introduced by legislatures in 47 states, according to the nonpartisan Brennan Center for Justice, a law and public policy institute at New York University’s School of Law, which tracks these bills. That’s up 43% — or 108 bills — more than the 253 restrictive bills tallied a month earlier. Most of these bills would limit mail, early in-person and Election Day voting by introducing stricter ID requirements and limited hours or making it harder to vote absentee.

The most restrictive bills among them target absentee voting. Nearly a quarter seek to tighten voter ID requirements. In addition to making voter registration harder, many of these bills aim to expand voter roll purges or enact practices that could lead to improper purges and undercut the power of local election officials.

Bill sponsors and supporters of these restrictions have touted them as an antidote to election irregularities and voter fraud. The claims of voter fraud and election irregularities are unfounded. In fact, many of these bills are being proposed in states where the elections were hitch-free, but the motives of the sponsors seem designed to achieve a singular sinister goal: voter suppression. The bills appear to be a response to the historic voter turnout during the 2020 election and are likely to disproportionately affect big-city residents and Black Americans in particular, the overwhelming majority of whom vote Democrat.

My home state of Texas has introduced the largest number of restrictive bills — 49 in all.

In Texas, the most comprehensive restrictive bill is TX SB 7, which would implement a wide range of restrictions on voting access. If passed, the bill would limit mail voting by enacting comprehensive restrictions, including prohibitions on state or local election officials sending unsolicited mail ballot applications to voters and on the use of any unstaffed drop boxes. Among other things, it would limit early voting hours. Such a move would likely lead to an increase in long lines on Election Day. It would also eliminate the use of certain “mobile” and drive-through polling places and alter the guidelines for the allocation of polling places and election equipment.

Texas has a history of voter suppression. Shortly before the 2020 election, a group of Republican activists and candidates tried unsuccessfully to get the Texas Supreme Court to rule drive-thru voting locations in the state’s largest county illegal and to throw out more than 100,000 votes that had been cast during early voting.

An October 2020 study by researchers from several universities, including Northern Illinois University and Jacksonville University, concluded it is harder to vote in Texas than in any other state. The study noted the Lone Star state’s restrictions, including an in-person voter registration deadline 30 days prior to Election Day and the reduction of the number of polling stations in some parts of the state by more than 50 percent. The study concluded that the state has the most restrictive pre-registration law in the country.

As a nation, we are more divided than we’ve been in decades. We don’t listen to each other, and we don’t talk to each other. This tribalism has infected every sphere of our lives, including our politics and laws. It is a major obstacle to our centuries-old effort to create a more perfect union and could be our undoing as a republic.

In their seminal book, “How Democracies Die,” Harvard political scientists Steven Levitsky and Daniel Ziblatt warn against the erosion of respect and “mutual toleration” for the political legitimacy of the opposition. They define tolerance in part as accepting the results of a free and fair election regardless of who wins. This is in sharp contrast to advocating for the overthrow of the government or manufacturing specious complaints about the election.

Voting is a major pillar of any democracy. It should be a non-partisan issue and an inalienable right for every citizen. An assault on voting rights is a body blow to our democracy, a steady erosion of the ideals our ancestors fought and died for and a black eye on our standing on the global stage. Moreover, it gives comfort to our enemies. A nation that systematically impedes the rights of tens of millions of voters cannot profess to be the world’s greatest democracy and leader of the free world.

Every American citizen should have a voice. Rather than alienating voters and muting the voices of tens of millions of voters, politicians should take a wiser course of action: trying to court and ultimately win over independent voters. 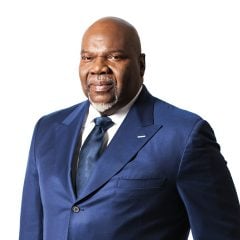 The bill being considered in the Texas Senate is the equivalent of opening up a business and putting your hand on the scales to tilt the outcome of the transaction your way. It is an affront to just balances, just weights and honesty.

And it is a blemish on our democracy.

(T.D. Jakes is the senior pastor of The Potter’s House in Dallas, Texas.)