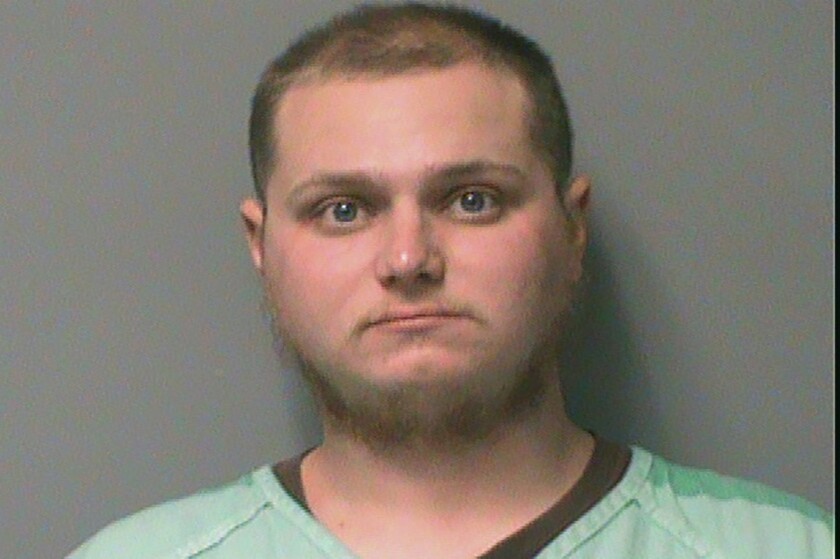 Michael McKinney, 26, a Trump supporter pleaded guilty to “intimidation with a dangerous weapon and willful injury.” McKinney fired his handgun into a car full of black girls who were arguing with pro-Trump troublemakers near the Iowa Capitol December 2020. Both charges carry up to ten years each. One of the girls, a 15-year-old, was shot in the leg and seriously injured.

The incident took place at a pro-Trump parade of slow-moving vehicles through Des Moines on December 6th. The car carrying four black teenage girls began following the caravan of vehicles. The girls exchanged racial and political taunts with Trump supporters. Trump supporters surrounded the girls’ car, yelling and honking horns. The driver of the car placed the car in reverse and backed up into a pickup truck. It was then, as shown on a bystander’s video, that McKinney pulled out a handgun and fired into the car injuring the leg of one of the girls who had been standing through the car’s sunroof.

Authorities said nothing political nor racial spurred McKinney to shoot. They said it grew out of a traffic dispute. The rally was sponsored by Women for America First, the pro-Trump group that later hosted the January 6 rally in Washington, D.C., before the Capitol insurrection.

Trump supporters said McKinney’s shot protected them and scared the car away. They also made mention that McKinney frequented pro-police “Back the Blue” rallies.

McKinney has been shown mercy. Under a plea agreement, the state will dismiss four charges including attempted murder. McKinney, set to serve five years on each count before becoming eligible for parole will not be sought.

His trial is set for Monday, and he is expected to argue self-defense.

His next sentencing is set for August 9th.

Hundreds of Christians Gather to Participate in March for the Martyrs in Washington, D.C.

Man armed with a machete and driving a truck covered in swastikas and white supremacy logos is arrested outside the DNC headquarters in Washington...