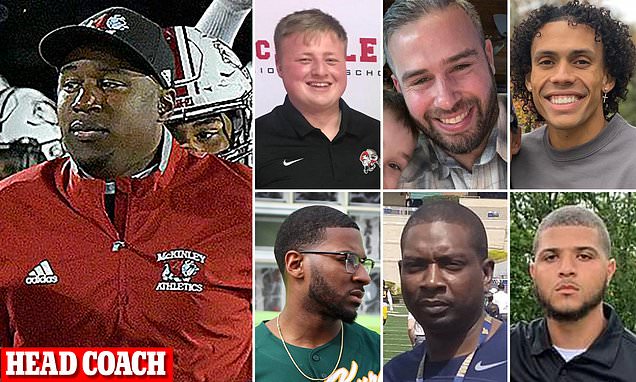 Head football coach Marcus Wattley and several assistant coaches at McKinley Senior High School in Canton, Ohio, were placed on leave last week after they reportedly forced the 17-year-old to eat a pepperoni pizza as punishment.

The coaches forced the player to eat the pork on May 24 after he missed a voluntary workout due to injury, The Canton Repository reported.

Board President John Rinaldi said they launched an immediate investigation into the allegations.

‘The investigation found that the identified coaches engaged in actions that constituted inappropriate, demeaning, and divisive behavior in a misguided attempt to instill discipline in the student-athletes. This behavior will not be tolerated,’ Talbert said.

Talbert added that they made their decision based on surveillance video of the incident.

A lawyer for the Jewish student and his family said he agreed with the board’s decision but that it brought him and his clients no joy.

‘We have a number of careers that have been destroyed here. Nobody wins in this,’ attorney Ed Gilbert told Canton Rep.