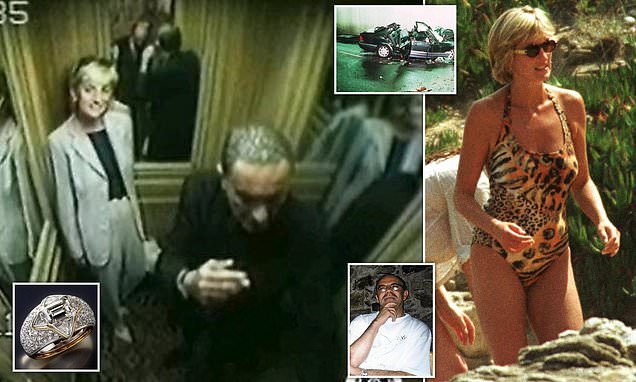 In January 2004, while still boss at Scotland Yard, Sir John Stevens had been asked by then Royal Coroner Michael Burgess to head an investigation which would become known as Operation Paget. Stevens’s remit was to examine more than 100 allegations of a murderous Establishment conspiracy; allegations which had been made by Egyptian tycoon Mohamed Al Fayed in relation to the death of his son Dodi and Diana on August 31, 1997. Paget’s findings – which included 300 witness statements and a deep delve into the files of MI5 and MI6 – would then be used as evidence for a London inquest into both their deaths. The sheer number of conspiracy allegations which had to be examined by Paget led him to break them down into 16 different ‘themes’. These were then assigned to members of his team to be pursued concurrently. Lord Stevens has taken the Mail through the bombshell core allegations supposed to have provided a motive for murder and today we examine the key conspiracy theories surrounding Diana’s death.

Here We Go: University of Rhode Island Professor Under Fire for Criticizing Political Left for ‘Diving Headfirst Into World of Lies’ by Supporting Transgender...