According to CNBC, India has reported more than 6,000 COVID fatalities in the past 24 hours—more than any country’s official daily death count recorded to date during the pandemic. On Wednesday, one of India’s states adjusted its death count from 5,400 to more than 9,400, to include the number of people who died while at home or in private hospitals. Experts have said the real number is many multiples higher than the numbers the Indian government is reporting. A hiccup in the vaccine rollout in January has resulted in less than 5 percent of the country’s population getting both shots, according to the network. Near the height of the outbreak in late April, India’s official daily case count exceeded more than 200,000, causing hospitals to run out of oxygen tanks and cremation sites to run out of firewood. The country’s official daily number of the number of people who tested positive for the virus remained below 100,000 for the third day in a row on Wednesday.

According to the Macon Telegraph, A Columbus woman has accused a longtime local minister of years of sexual abuse that started in 2002 when she was 15, according to a lawsuit filed in Muscogee County Superior Court last month. The civil suit was filed against Pastor Lewis Clemons, Church of God in Christ Inc., Wynnton Road Ministries Church of God in Christ, Inc., and five other parties that were not named. Clemons is currently senior pastor at Kingdom Awareness Ministries, where his title is apostle. Lequita Jackson, who started attending Clemons’ church when she was 14 and did not leave it until last month, alleges that Clemons led her into “inappropriate sexual contact.” She said Clemons used his position of leadership in the church to make her “do what he wanted and to justify his actions.” Jackson, her husband of five years Jonathan Jackson, her attorney Jeb Butler of the Atlanta firm Butler/Tobin and Maria Herlth of the Columbus Sexual Assault Support Center sat down for an interview with the Ledger-Enquirer Wednesday morning to discuss the lawsuit and allegations. Jackson, now in her 30s, and her husband attended Kingdom Awareness Ministries until last month when they left the church. In addition to being members and having met at the church, they both held volunteer ministry positions in the church, they said. Jackson said one of the reasons she is coming forward now is that she recently learned “about seven other women” were in relationships with Clemons. “When I found out there were other victims — all that time I thought I was the only victim and it was an isolated occurrence — I wanted to do what I could to stop him,” Jackson said. “Part of that included speaking out about what had happened to me and making sure that other people knew what he had done and to make it public knowledge.” Her attorney said he applauded Jackson for stepping forward. “Clemons has taken something that can never be given back,” Butler said. “But when Lequita found out this had happened to others in her church, she was courageous enough to ask, and I am honored enough to help her in her goal to make sure this never happens ever again.” There is a reason the suit was filed in Superior Court and not State Court, Butler said. “We seek an order from the court barring Clemons from ever being a pastor or church official again,” Butler said. The suit claims, “Clemon’s long-term pattern of abuse, spanning many years and many victims, shows as long as he is able to remain a pastor or church leader, he will sexually abuse those who accept him as a religious leader.” So far, a jury imposed a verdict of half a million dollars on Pastor Lewis Clemons after he refused to apologize to the victim, Mrs. Jackson.

According to the New York Daily News, A Massachusetts high school graduate headed for Harvard University in the fall asked for her school to give its scholarship award to a classmate going to a community college. Verda Tetteh earned the general excellence award at Fitchburg High School, which came with a $40,000 scholarship, Boston NBC affiliate WBTS reported. But Tetteh had also earned several other scholarships, and decided to make the bold move as she sat at her graduation ceremony Friday. “I am so very grateful for this but I also know that I am not the one who needs this the most,” she told the audience. “And knowing my mom went to community college, and how much that was helpful, I would be so very grateful if administration … would consider giving the general excellence scholarship to someone who’s going to community college.” Administrators at Fitchburg High, about 40 miles west of Boston, were stunned. “I’ve never seen anything like that,” principal Jeremy Roche told the Washington Post, adding that he was glad he didn’t have to follow Tetteh’s speech. Roche said the school will work with Tetteh and her family to honor her request. Tetteh’s mom, Rosemary Annan, earned her bachelor’s degree from a community college at age 47, according to local CBS affiliate WBZ. The family immigrated to the U.S. from Ghana when Tetteh was a child. Annan said her daughter’s decision Friday gave her confidence in her future. “Now I’m 100% sure she is ready to go into the world on her own.”

According to WBRZ, Two teenage brothers have been arrested for their involvement in a Memorial Day shootout that left toddler Ja’Tyri Brown and two others dead. David Williams, 19, and his 15-year-old brother were the latest suspects to be taken into custody, the Baton Rouge Police Department said. Two adults and another 15-year-old have already been apprehended. CCTV showed the suspects going into the pool area of an apartment complex, where they appeared to brawl with two males who were relaxing in lounge chairs. The two males were then shot. 18-month-old girl Ja’Tyri was fatally hit by a stray bullet, according to an arrest affidavit. Her grandmother, Hope Provost, told The Advocate: “I feel like my soul and world has been ripped out of my body. My grandbaby was my world. Everything I did was for my grandbaby.”

According to NBC New York, The 29-year-old Queens man accused of murdering a 10-year-old boy days before his birthday and trying to kill his uncle faced a judge for the first time Wednesday as a reeling city continues to call for action on guns amid the latest spate of violence. Jovan Young was being held without bail after his arraignment in a case that stirred grief and outrage from City Hall to the victim’s family’s neighborhood of Edgemere. Young also faces charges of assault and criminal possession of a weapon in the Saturday night shooting that claimed young Justin Wallace’s life and wounded his uncle inside a Beach Street home. The shooting prompted on all-out manhunt. Cops say Young walked into a police stationhouse Tuesday night and confessed to the deadly shooting. Two law enforcement sources told News 4 that Young was questioned earlier in the investigation and claimed to have been in a rental car linked to the case but not involved in the shooting itself. He also allegedly told police he would help find the shooter. After reviewing evidence including surveillance video at a car rental business, Young was confronted and later changed his story, the sources said. One source said a gun had also been recovered, but it wasn’t clear if it was the same one used in the shooting. Police were still uncertain of a motive, and said Young was not a member of a gang. They added that he does have previous offenses, but none were considered “serious.” If convicted, Young faces up to 25 years to life in prison.

According to the Chicago Sun-Times, Disgraced singer R. Kelly told a judge Wednesday that he had fired two of his main defense lawyers and will be heading to his racketeering trial in New York without them. Earlier this week, defense attorneys Steve Greenberg and Mike Leonard filed to quit the case, saying in a filing that “it is impossible, in our belief, for us to be able to continue to properly represent Mr. Kelly under the current circumstances.” Those “circumstances” are unclear but Greenberg had previously said some team members had “documented mental health issues” and were struggling “to deal with stress,” according to Reuters. Billboard reports that a third lawyer, New Jersey attorney Douglas Anton, is also off the team, leaving Kelly with just two lawyers. Kelly has been accused in Brooklyn of organizing an “enterprise” of managers, bodyguards, and drivers who helped him traffic girls for sex. His trial is set to start on Aug. 9.

According to ESPN, Dallas Cowboys quarterback Dak Prescott is leaving the apparel company Adidas and signing a five-year agreement with the Jordan Brand, a source close to the situation told ESPN’s Adam Schefter. Prescott will be the only Jordan Brand quarterback, the only Cowboys player and the highest-paid NFL player on the Jordan Brand roster, Schefter reports. Prescott’s deal was negotiated by his marketing agent Peter Miller of JABEZ Marketing Group and the Jordan Brand team, according to Schefter. The Cowboys and Prescott agreed to a four-year, $160 million contract, including $126 million guaranteed, in March. Prescott had been with Adidas since his Pro Bowl rookie season with the Cowboys in 2016. Mississippi State, where Prescott played in college, was an Adidas school when he was there. 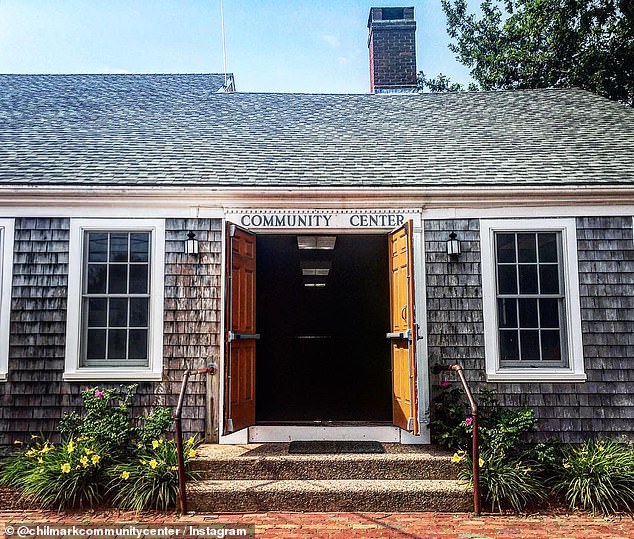