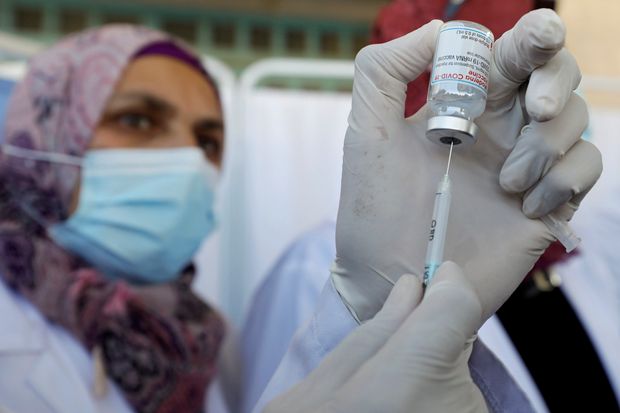 The Palestinian Authority scuppered a plan to receive 1 million COVID-19 vaccine doses from Israel, just hours after Israel’s new government conducted another airstrike on Gaza. The vaccine swap would have seen Israel send the Palestinians a large tranche of close-to-expiring Pfizer vaccines now in exchange for a similar number of vaccines, which the Palestinian Authority had already contracted to receive from the pharmaceutical company, later this fall. But the plan came under heavy criticism amid questions over whether the expiring vaccines would still be effective, and after days of Israeli air strikes on Gaza in Jerusalem’s latest violent back-and-forth with Hamas. While Israel has vaccinated close to 85 percent of its adult population, only 30 percent of Palestinians have received their first dose. The Palestinian health minister announced on Friday that the vaccines “did not meet standards and so we decided to return them.”