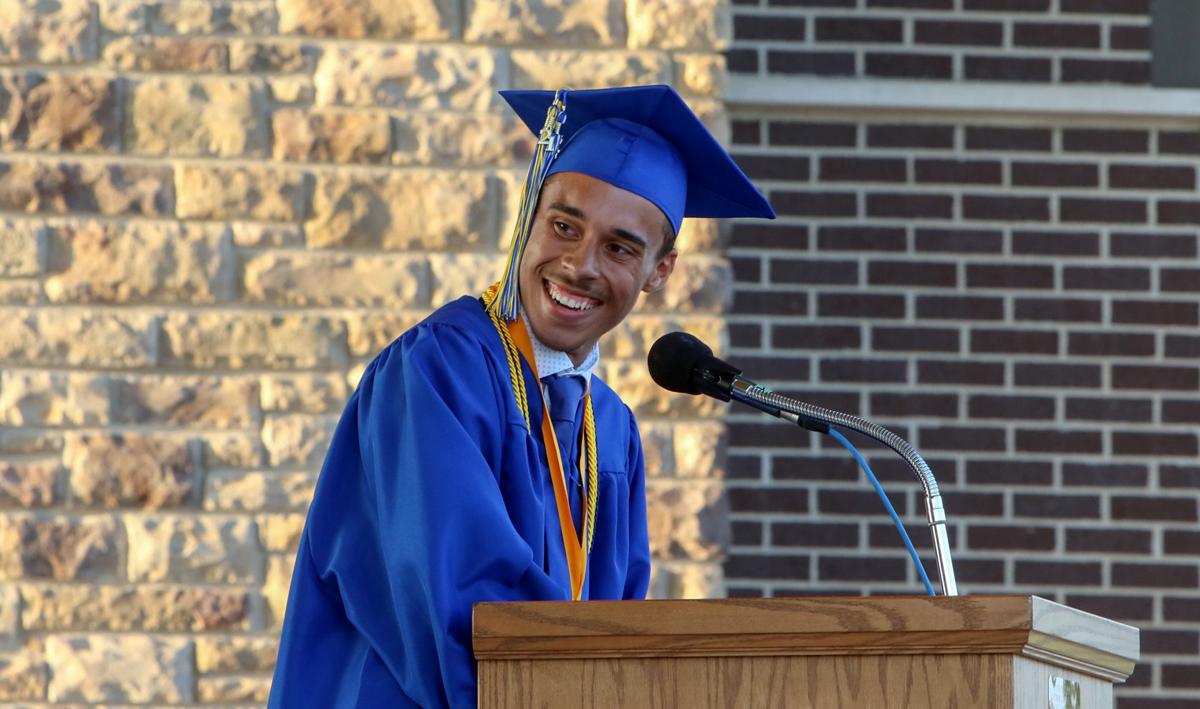 When Darrick Woods entered George Rogers Clark Middle/High School, he set the goal to be valedictorian his senior year.

There were moments over his seven years at Clark that he wasn’t sure he would be giving a speech on graduation night, but on Wednesday night his dream became a reality as his mom, grandma and two sisters watched him graduate at the top of his class.

Woods is the first black valedictorian at Clark. He’ll also be the last, as the school is closing after this year.

“I just hope that it can inspire other people in my community to reach for greatness and believe in themselves no matter what the obstacles or circumstances are,” he said.

His advice for others: never stop believing in yourself. He said there may be people or circumstances that cause you to question the path you are on, but it’s important to stick to what you know is right for you.

And the obstacles, he said, are where you learn the lessons.

As early as sixth grade, Woods knew that if he put in the hard work, he could achieve his goal, but he also drew inspiration from his mother, who he said raised him by herself.

PODCAST: Whyte House Family Spoken Novels #247: I Need Someone to Pray with Me – Chapter 17