A former FBI agent now serving as a deputy constable in New Orleans, Battiste was chosen after a search conducted by the Georgia Association of Chiefs of Police with assistance from the National Organization of Black Law Enforcement Executives.

“I promise you I will bring my best game every day,” Battiste told residents during a community forum earlier in the week.

Battiste’s hiring comes after a turbulent year for the Glynn County Police Department. The agency was widely criticized for making no arrests after Arbery, a 25-year-old Black man, was chased and fatally shot by three white men who spotted him running in their neighborhood on Feb. 23, 2020. Charges came more than two months later after the Georgia Bureau of Investigation took over.

Days after Arbery’s killing, Glynn County Police Chief John Powell was indicted on unrelated malfeasance charges in what prosecutors called an illegal effort to cover up a narcotics officer’s affair with a confidential informant. He was placed on leave until the county fired him in January.

The problems prompted Georgia lawmakers to approve a measure giving voters a chance to abolish the Glynn County police agency and hand its powers to the elected county sheriff. A judge declared the referendum unconstitutional before the 2020 elections.

Battiste is the first full-time Black police chief hired by Glynn County, The Brunswick News reported. He will take over from Interim Chief Rickey Evans, a department veteran who also is Black.

In a nod to the police department’s past problems, Glynn County commissioners also voted Thursday to make the police chief a contract employee who meets daily with the county administrator.

Before coming to Georgia, Battiste spent 22 years as an FBI agent who specialized in counter-terrorism, special events security, SWAT and hazardous device response. After retiring in 2017, Battiste became police chief for Xavier University in Louisiana. Since 2019, he has served as tactical and training coordinator for the Orleans Constable Office in New Orleans. 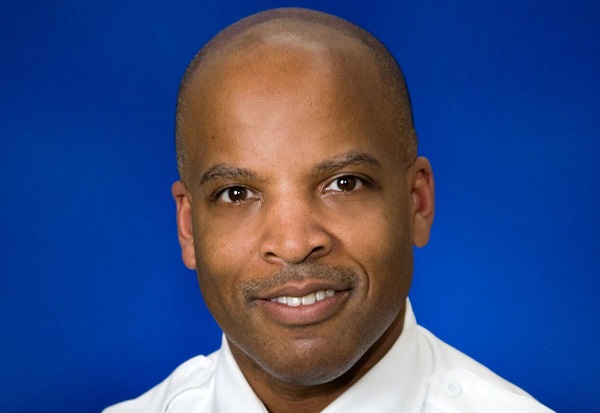