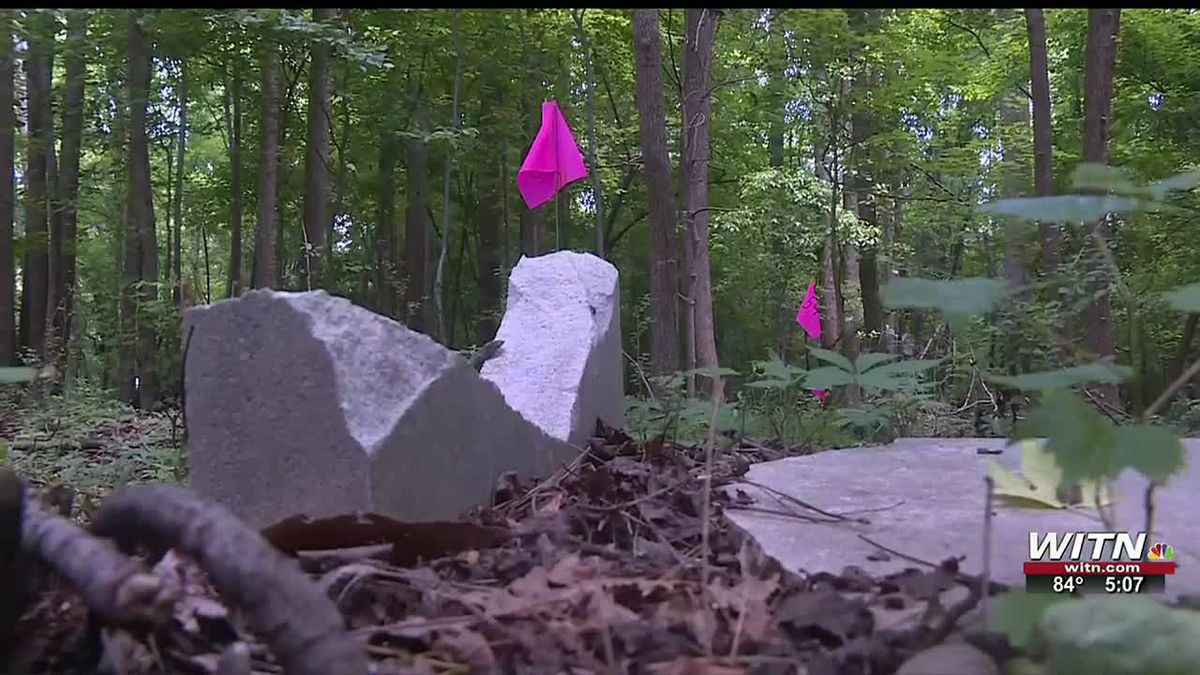 Off of Lee Street in Ayden sits an old, largely forgotten graveyard for African Americans.

“This is the largest one that most people have forgotten about,” said Ewen, who has worked on several cemeteries. “400 is a lot of peeps.”

After a Boy Scout wanted to clean up the area as part of an Eagle Scout project, the town of Ayden realized they had a bigger discovery on their hands.

The town manager of Ayden, Matthew Livingston, said they recruited Dr. Ewen to solve the mystery of who these graves belong to.

“I guess they have been somewhat forgotten and we don’t want that to continue,” said Livingston.

Dr. Ewen, who runs the Archaeology Lab at ECU, brought his class to help uncover the graves. Together they found hundreds of mismatched gravestones, some just depressions in the earth, revealing the lost graveyard dating back to 1908.