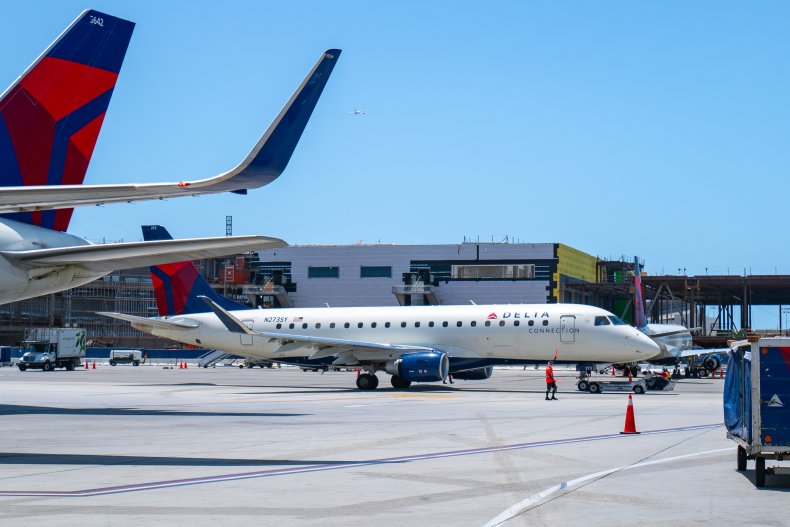 A Delta Air Lines flight was forced to divert Friday because of an unruly passenger, the latest incident in an uptick of poor passenger behavior across airlines.

Videos posted to Twitter show a scuffle near the front of Delta Flight 1730 from Los Angeles to Atlanta. Delta spokesman Eric Zeugschmidt said crew and passengers helped detain the unruly passenger, and the aircraft landed “without incident” in Oklahoma. The passenger was removed by law enforcement.

The plane landed around 10:30 p.m. in Oklahoma City, according to Delta’s website.

“We apologize to our customers for the delay and any additional inconvenience this caused,” Zeugschmidt said via email.

The plane took off from Oklahoma city around 2 a.m. local time and arrived in Atlanta around 5:09 a.m. on Saturday, four hours later than scheduled, according to Delta’s website.