“I’ve never seen Jesus do as much as on this trip! I probably prayed for approximately 240-250 people, handed out about 90 New Testaments, 30 Gospels of John, and 20 Jesus film DVD’s,” says Dave Osborne of Family of Hope Ministries about his recent trip to Baghdad.

Osborne spent nearly three weeks in Baghdad. “I got to share the Gospel directly a few times with people who spoke English, or I had someone with me to translate. Jesus healed at least one person every day of the trip. Once or twice, as many as 20 in a day! I really anticipated some hostility and pushback, but almost everyone was very receptive! Let me share just a story or two with you from each day.”

On Day One of Osborne’s trip, Jesus healed the back pain in the Yazidi taxi driver Adel’s back while he was driving down to Erbil.  Osborne got to share the Gospel with him and leave him a Gospel radio.

On Day Two, Osborne had lunch with a hotel worker at the time, whom he met in Erbil about a year and a half ago when he first visited. “He showed me the Gospel of John that I had given him then. He carries it in his brief case now, and says it gives him comfort. He’s only read it once, but after seeing Jesus heal a couple of people at the restaurant, I’m hoping he’ll want to read it again!”

On Day Three, Osborne met Amir on his layover in Istanbul. “He’s from Iran, living in Germany, and was on a business trip. His brother is now following Jesus and leading a ministry in the U.S. He’s pretty much finished with Islam, but not following Jesus yet. I suggested our meeting must be from God. He gave me a ride back to the airport, I bought him dinner, and shared the Gospel with him. He let me pray for him at the airport, and he said he felt peace.”

Walking though a mall, looking for encounters, Osborne said Jesus healed the pain in fast food worker’s knee, while maybe half a dozen workers looked on. Osborne left him with the New Testament and a Jesus film and the following day, at the park he visited that day, Jesus healed the pain in  his knee and back, on the banks of the Tigris river. “He and his buddy Ali, stood guard with their black Hummer, with what I guessed was a 50 cal. machine gun mounted on it. Jesus also healed the pain in Ali’s back and head, and I got to leave both of them with a copy of the Jesus Film.”

On Day Ten, Osborne started walking down a street to minister and saw some men unloading boxes from a truck. “I walked up to the truck, and just started helping them unload the boxes. Jesus healed the pain in one man’s knees, and another’s back. Further down the street, a little kiosk owner named Ali, was moving packets of bottled water from the curb to his kiosk, so I helped him. Jesus healed the pain in the bottom of his foot, and I got to leave him with a Gospel. The photo of him on his WhatsApp profile is of him holding a rocket launcher!”

The next day,  Jesus healed the pain in a shop keeper’s knees. “As I walked by a few minutes later, I saw him reading the New Testament I left with him.”

Osborne said that on Day Twelve: “We had an unexpected treat and got to go visit ancient Babylon in the morning. But, people still need Jesus when we’re being a tourist! Jesus healed our guide’s neck and shoulder pain, and I got to share the Gospel with him. Jesus also healed two guards there, and a guy’s shoulder in the Nebuchadnezzar museum!” 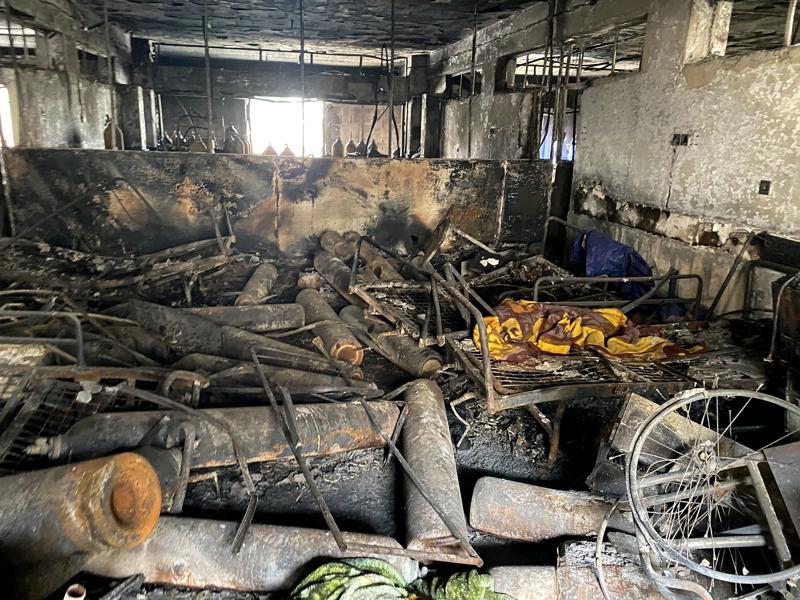