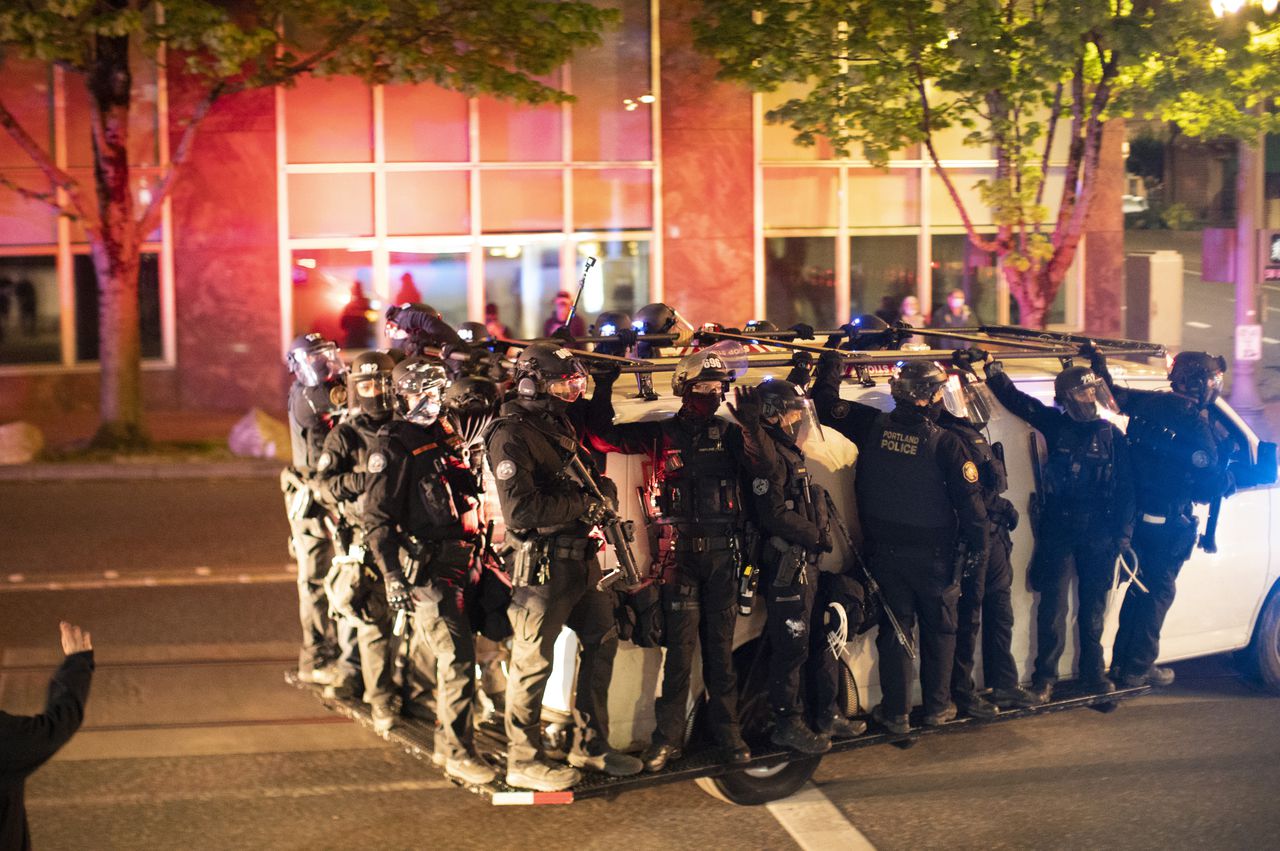 Officers who serve on the Portland Police Bureau’s specialized crowd control unit, known as the Rapid Response Team, voted to resign from the team during a meeting Wednesday night then alerted the chief’s office.

The unprecedented move by about 50 officers, detectives and sergeants to disband their own team came a day after a team member, Officer Cody Budworth, was indicted, accused of fourth-degree assault stemming from a baton strike against a protester last summer.

A team lieutenant called Chief Chuck Lovell to inform him the members of the team, who serve voluntarily in the assignments, voted to resign due to perceived lack of support from City Hall and from the district attorney over the past year during more than 100 consecutive nights of protest coverage. The indictment of one of the team’s officers appeared to be the last straw.

“Have I ever seen anything like this in my career? No, I don’t think any of us have,” said Deputy Chief Chris Davis, serving Thursday as acting chief while Chief Chuck Lovell is out of state for a week in St. Augustine, Florida, for training.