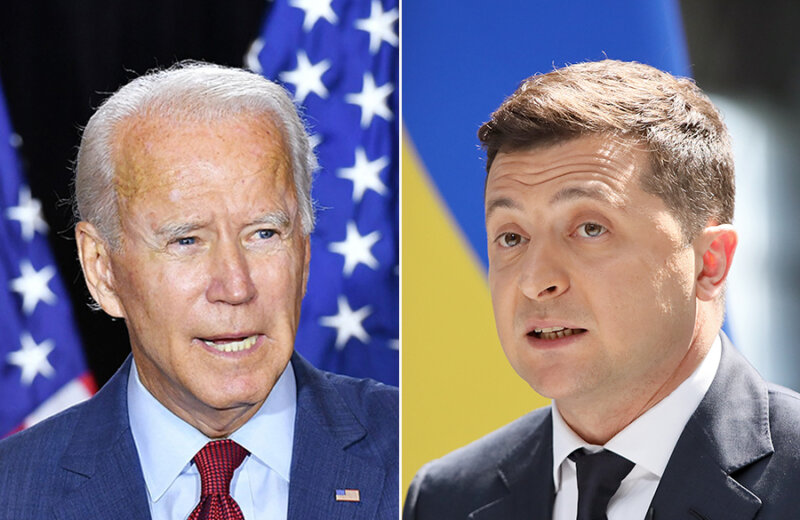 President Joe Biden has extended an invitation for a summer visit to President Volodymyr Zelensky of Ukraine. Zelensky has expressed concern about President Biden’s plan to meet with Russian prime minister Vladimir Putin. Biden plans on meeting face-to-face with the Russian president even though the tension between the two nations (U.S. and Russia) still runs high.

Zelensky was caught up in former President Donald Trump’s first impeachment in which Trump in a 16 minute phone call pressured the Ukrainian leader to investigate Biden and his son’s dealings in the Eastern European nation in 2019.

Ukraine hopes for increased military aid during the Biden administration and is looking for backing in its bid for NATO membership.

Crimea and large portions of eastern Ukraine’s Donbas region are currently under Russian occupation. Thousands of lives have been lost from fightings in the region. Although Russia said it would remove its troops that it had posted near the border earlier this year, U.S. and other European allies became alarmed when via phone call to Biden, Zelensky mentioned that there was still a high concentration of Russian troops and heavy weaponry there.

Biden was able to tell President Zelensky that “he will stand up firmly for Ukraine’s sovereignty, territorial integrity, and its aspirations as we go forward.”

Zelensky wishes to meet with Biden before Biden’s meeting with Putin.