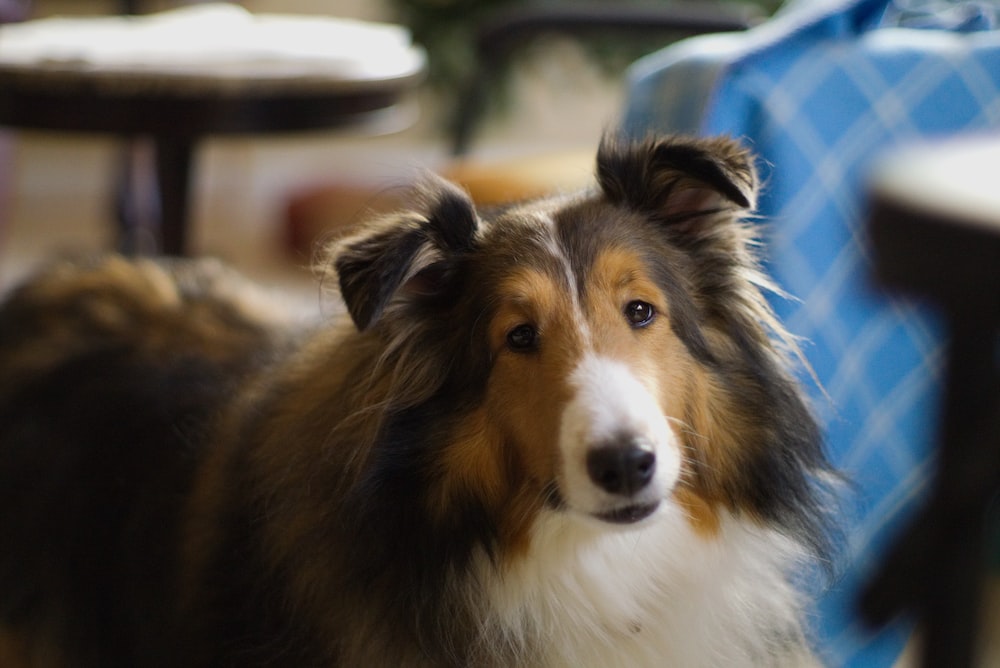 Smaller, older and male dogs are more likely to be aggressive and growl, snap and bark at humans, a study has found.

Some breeds are also more likely than others to exhibit aggressive behaviour, with Long-Haired Collies, like Lassie, the most aggressive of all breeds.

In contrast, Labradors and Golden Retrievers, beloved for their docile temperament and gentle nature, were found by scientists to be the least aggressive breeds.

A study of more than 9,000 pets covering 24 breeds was run by researchers at the University of Helsinki.

It revealed the aspects of a dog’s personality which affect its likelihood to exhibit aggressive behaviour towards people.

Small dogs were found to be more likely to behave aggressively than mid-sized and large dogs, but due to their size, are often not seen as threatening and the bad behaviour therefore goes unaddressed.

The study, published in Scientific Reports, also found male dogs are more aggressive than females and neutering them has no impact.

How experienced the dog owner was also impacts on the chance of aggressive behaviour from a pet pooch, researchers found, with the first dogs of novice pet owners being more likely to behave aggressively.

The study also indicated dogs that spend time in the company of other canines behave less aggressively than those that live without other dogs in the household.

But dog breed is the factor which influences aggressive behaviour more than any other variable, except for advanced age.

‘In our dataset, the Long-Haired Collie, Poodle (Toy, Miniature and Medium) and Miniature Schnauzer were the most aggressive breeds,’ says Professor Hannes Lohi from the University of Helsinki.

‘Previous studies have shown fearfulness in Long-Haired Collies, while the other two breeds have been found to express aggressive behaviour towards unfamiliar people.

‘As expected, the popular breeds of Labrador Retriever and Golden Retriever were at the other extreme.

‘People who are considering getting a dog should familiarise themselves with the background and needs of the breed.

‘As for breeders, they should also pay attention to the character of dam candidates, since both fearfulness and aggressive behaviour are inherited.’

When comparing the Rough Collie with the Labrador, the least and most aggressive breeds, respectively, researchers found the former is 5.44 times more likely to be aggressive.

‘In normal family dogs, aggressive behaviour is often unwanted, while some dogs with official duties are expected to have the capacity for aggressiveness,’ says doctoral researcher Salla Mikkola from the University of Helsinki.

‘At the same time, aggressiveness can be caused by welfare issues, such as chronic pain.

‘Dogs’ fearfulness had a strong link to aggressive behaviour, with fearful dogs many times more likely to behave aggressively.

‘Moreover, older dogs were more likely to behave aggressively than younger ones.

‘One of the potential reasons behind this can be pain caused by a disease.

‘Impairment of the senses can contribute to making it more difficult to notice people approaching, and dogs’ responses to sudden situations can be aggressive.’

What dog breeds are the most aggressive?

The below list was compiled by researchers from helsinki who studied the behaviour of more than 9,000 et dogs.

However, it only includes 23 breeds and is not exhaustive.

For example, notable breeds like Rottweilers, Dobermans and British Bulldogs are not included.

Study Says, Petting, Cuddling with a Dog Can Greatly Enhance your Well-being