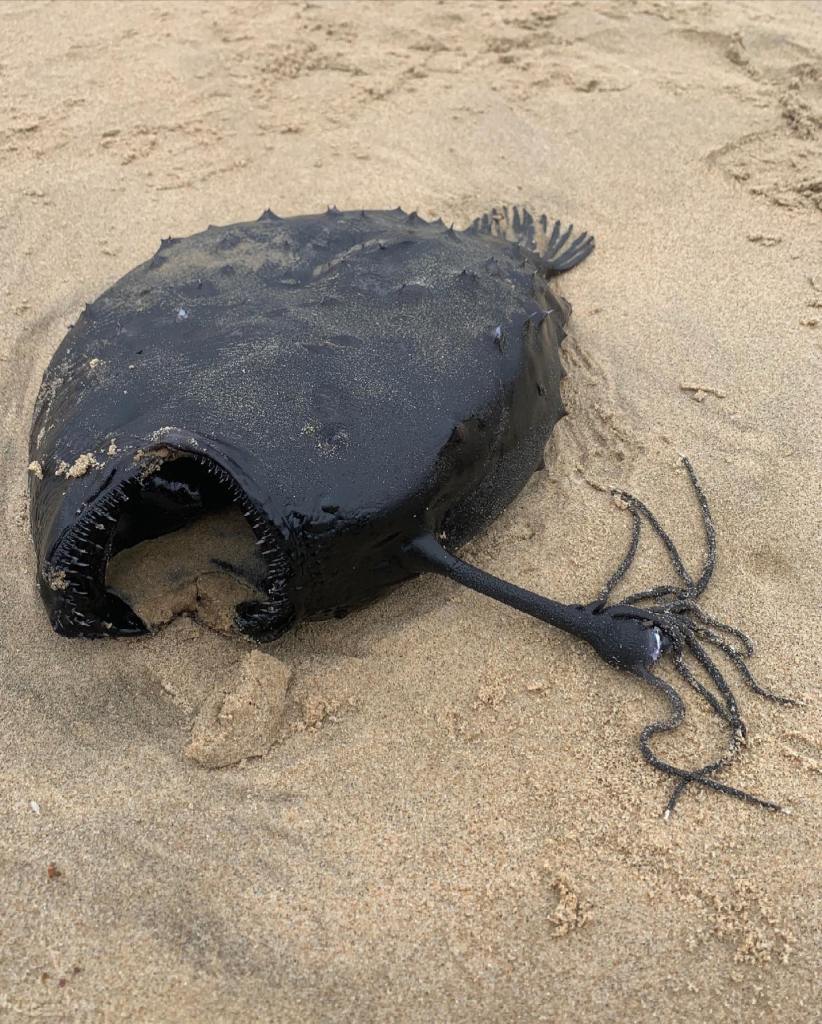 A deep-sea anglerfish typically found at ocean depths of more than 3,000 feet was found washed up on Crystal Cove State Park.

The 18-inch anglerfish was identified as a deep-sea Pacific Footballfish, which are normally found at depths of more than 3,000 feet below the surface. It’s not rare, as it’s one of more than 300 living species of anglerfish around the world, but Davey’s Locker says it’s extremely rare to see one intact along a beach in Southern California.

The species may have served as the inspiration for the deep-sea fish that mesmerized Dory and Marlin in the animated film, “Finding Nemo.” The fleshy, long dorsal fin called an illicium is only found on females, and it extends in front of the mouth with a phosphorescent bulb on the end which can glow in dark, murky depths to attract unsuspecting prey.

It’s unclear where the fish will end up, but it is currently in the custody of the California Department of Fish & Wildlife.