Investigators said on Monday their initial probe into a cable car disaster in northern Italy that killed 14 people would look into how the lead cable snapped and why a safety brake mechanism failed to activate.

The gondola, on a cableway that takes visitors up a mountain from near the shore of Lake Maggiore, plunged to the ground on Sunday, killing all aboard apart from a 5-year-old Israeli boy, who suffered multiple broken bones and is in critical condition.

Italian prosecutors have opened an investigation into suspected involuntary manslaughter and negligence.

“We are starting from the empirical evidence. The cable sheared and the system of safety brakes clearly did not work,” said public prosecutor Olimpia Bossi.

Initial reports said the cable that was pulling the cabin up the slope snapped as the gondola neared the end of its 20-minute journey to the top of the Mottarone mountain.

The braking mechanism on a second wire that was bearing the weight of the cabin failed to engage and the gondola slid backwards before apparently hitting a pylon and tumbling to earth, where it rolled over before hitting trees.

Transport and Infrastructure Minister Enrico Giovannini visited the area on Monday and said the government would also set up a commission to look into Italy’s worst cable car disaster since 1998, when 20 people died after a low-flying U.S. warplane accidentally cut through a supporting cable.

The cable car underwent major maintenance work between 2014 and 2016. Checks were carried out in 2017 and again last year by specialist technicians. Italian media reported that the wires were not due to be replaced until 2029.

The cabin could hold up to 40 people, but was less than half full because of restrictions to prevent COVID-19 infections. The lift station had been closed much of the winter because of coronavirus and had reopened last month.

Couple whose gender reveal party ‘sparked 2020 California wildfire that killed a firefighter and burned more than 22,000 acres’ is charged with involuntary manslaughter 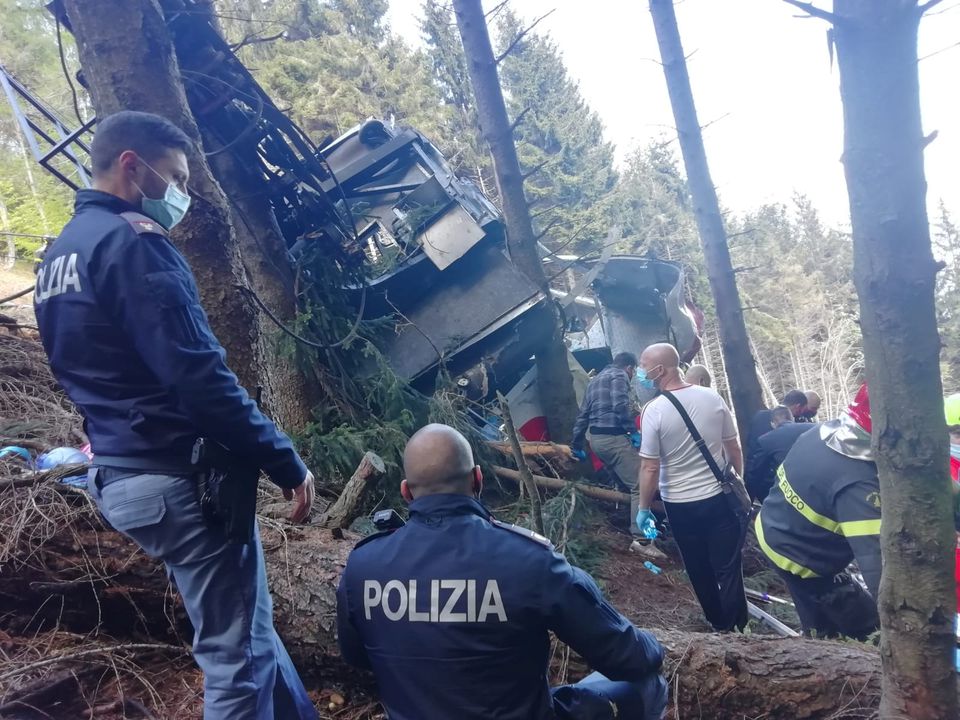 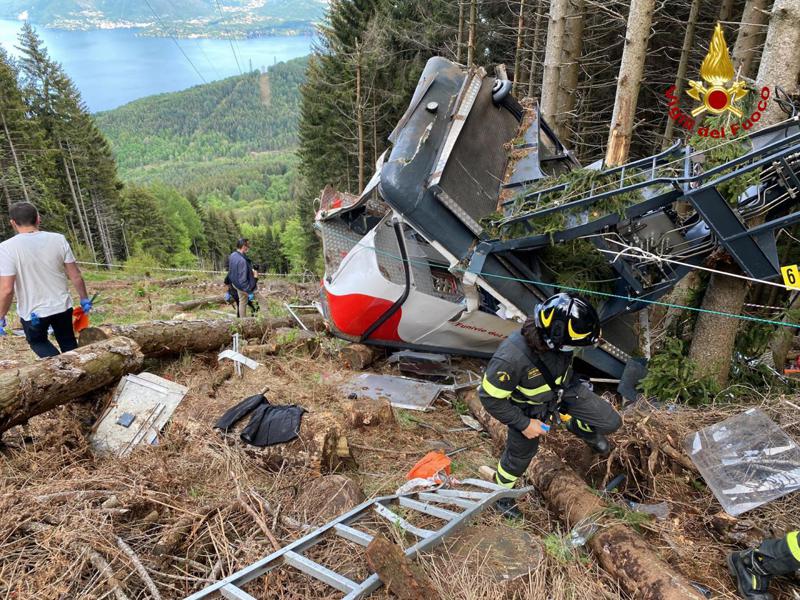 Sad: Dallas woman who caused death of 22-year-old exotic dancer by giving her illegal butt injections is sentenced to five years in jail –...