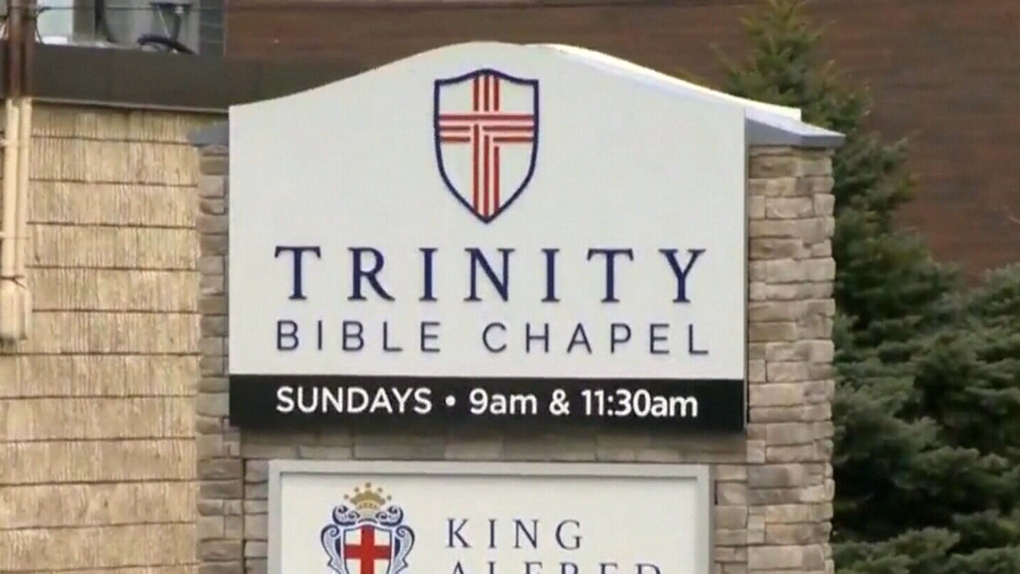 The doors to Trinity Bible Chapel have been locked for the weekend after a judge granted a temporary injunction.

The Attorney General’s office asked for an order to have local law enforcement lock the doors on the property on Friday afternoon.

“Trinity is playing games with the court,” said Richard Ogden, who was representing the Attorney General’s office, in his closing arguments ahead of the judge’s decision.

Part of the Attorney General’s office’s arguments included 75 pages of historical legal interactions that individually mentioned each church elder, including the pastor.

The factum repeatedly referred to the most recent Sunday services in April.

“The officers observed on their arrival that several recreational vehicles were parked adjacent to the rear entrance of the church, which had the effect of completely obstructing the view of the rear entrance,” the factum reads in part.

WATCH: Florida man Facing Attempted Burglary Charge Tells Judge ‘you is so gorgeous’ During Virtual Court Hearing – but the Flirtation Fails as she...