Suffering continues from a civil war that began in November 2020 in Ethiopia’s northern Tigray region.

According to UN estimates, cited by Mission Network News, the fighting has displaced nearly 2 million people. The death toll remains unknown, as the area has been cut off from communication with the outside world. About 4.5 million people need immediate assistance, especially food, as fighting destroyed crops and interrupted last fall’s harvest.

According to Wikipedia, the Tigray War is an ongoing armed conflict that began around midnight of 3–4 November 2020 in the Tigray Region of Ethiopia. It is being fought between the Special Forces of the Tigray Regional government, and the Ethiopian National Defense Forces (ENDF) aided by the Ethiopian Federal Police, regional police and gendarmerie forces of the neighbouring Amhara and Afar Regions with the involvement of the Eritrean Defence Forces. The Tigrayan Special Forces received reinforcements from defecting ENDF soldiers and civilians joining them and mutated into the Tigray Defense Forces. All sides (but particularly the ENDF and EDF) have committed war crimes during the conflict.

In 2019, to distance the country’s politics from ethnic federalism and ethnic nationalist politics, prime minister Abiy Ahmed merged the ethnic and region-based constituent parties of the Ethiopian People’s Revolutionary Democratic Front (EPRDF) coalition and several opposition parties into his new Prosperity Party. The Tigray People’s Liberation Front, a politically powerful entity that had dominated Ethiopian politics for 27 years as a repressive regime through a one-party dominant system, refused to join the new party. The TPLF then alleged that Abiy Ahmed became an illegitimate ruler because the general elections scheduled for 29 August 2020 were postponed to 2021. The TPLF, led by its chairman Debretsion Gebremichael, went ahead with regional elections in Tigray in September 2020 in defiance of the federal government, which then declared the Tigray election illegal.

Fighting between the TPLF and the Federal Government began with the 4 November attacks on Northern Command bases and headquarters of the ENDF in Tigray Region by TPLF-aligned security forces and with counterattacks by the ENDF in the Tigray Region on the same day, that federal authorities described as a police action. The federal forces captured Mekelle, the capital of Tigray Region, on 28 November, after which Prime Minister Abiy declared the Tigray operation “over”. The TPLF stated in late November that it would continue fighting, until the “invaders” are out. 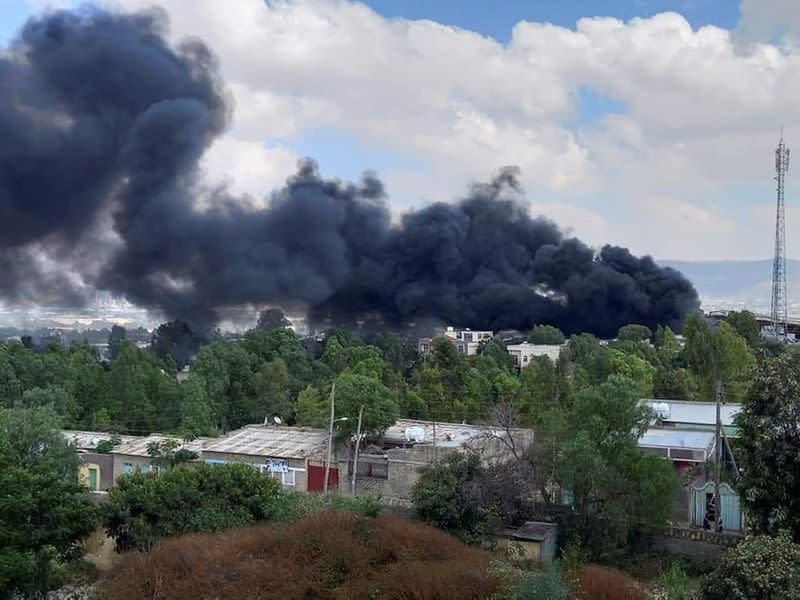