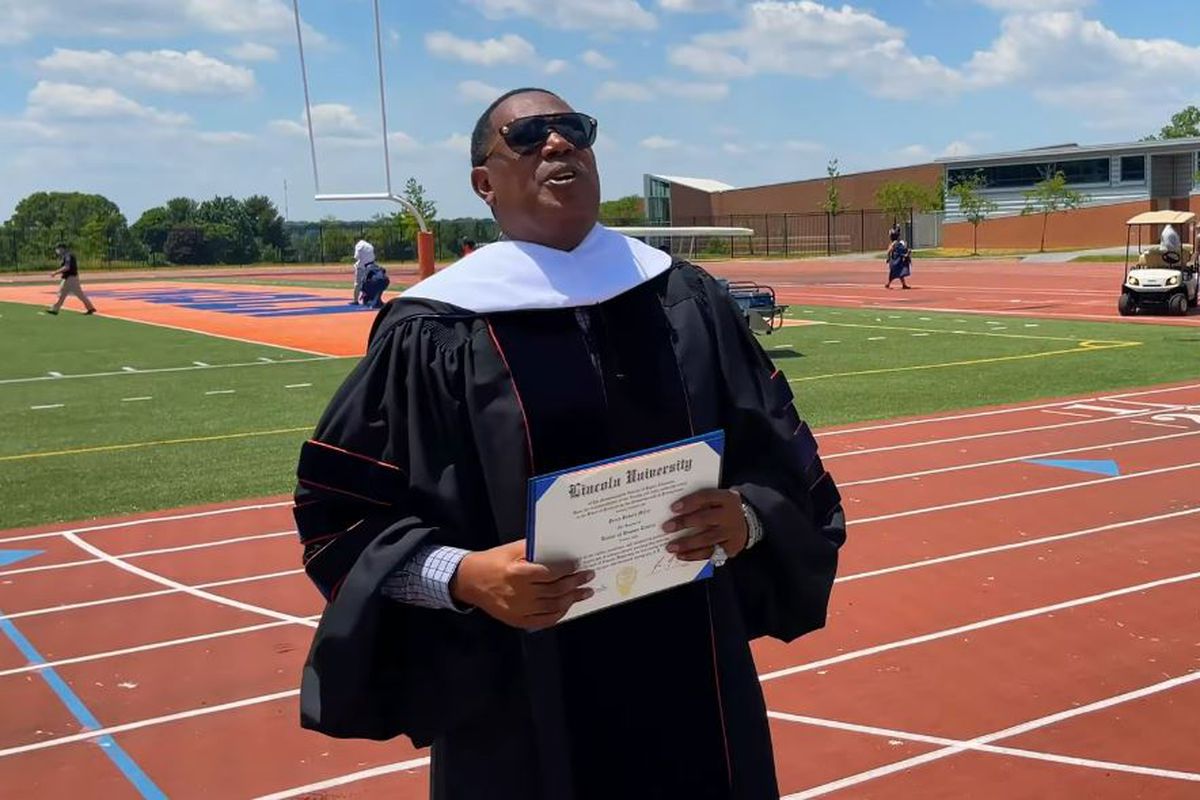 “I guess I got to change my name to, Dr. P. Miller,” captions P, celebrating his accomplishment on his Instagram page. “From the projects to getting a Doctoral degree from @lincolnuniversityofpa Don’t be afraid to change, grow and educate yourself. I did it! You can do it. #GODISGOOD #Nevertoolate #hbcu #NoLimit There is NO limit to your dreams #DRPMiller.”