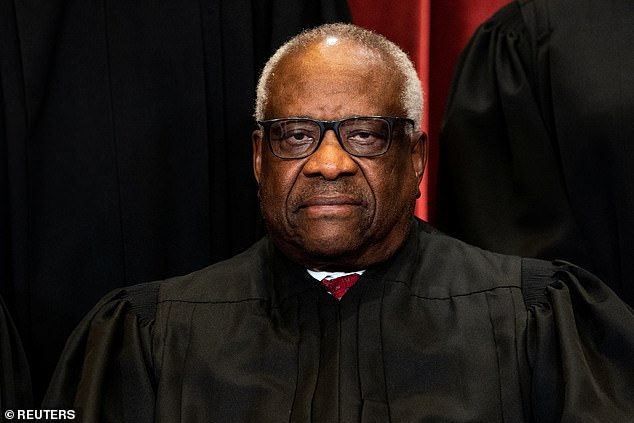 Justice Clarence Thomas said Monday that a West Point cadet should be able to sue over her alleged rape on campus after the Supreme Court declined to hear the case.

The woman – named only as Jane Doe – claims she was attacked by a classmate in 2010. She left the school three months after the alleged assault.

She then launched a lawsuit against the military training school in an attempt to sue two senior officers, arguing the academy – where she joined as a cadet in 2008 – failed to address its ‘pervasive and well-known culture of sexual violence’.

Doe said it did not provide ‘appropriate medical and emotional support.’

But the court declined to hear her case Monday, citing the 1946 Federal Tort Claims Act (FTCA), The Hill reports.

Under the FTCA U.S. citizens can bring federal lawsuits against the government – but a 1950 ruling, Feres v. United States, means that service members are often exempt.

Justice Thomas said the court should reconsider the 1950 ruling.